September 2019 has been pleasantly warmer than usual, and our crops need every bit of that warmth to reach maturity before our first frost arrives. Fortunately, temperatures have cooled slightly this week but just to near average for this time of year. As of this writing, it appears as if we will have our first fall frost near our average date or later, pushing the first frost into October. There is still no forecast for a specific date of the first frost, so we will enjoy each day that stays above freezing. For those of us who are hoping for a good killing frost to knock back the mosquitoes, we will have to wait a bit longer.

There is increasing confidence that the end of September and early October could bring more heavy rainfall to South Dakota. This has been shown with good consistency among the forecast models as much as 10-12 days in advance. Farmers and those who live in eastern South Dakota should especially be prepared for potential continued or renewed flood conditions, given the very high soil moisture in the area.

The wet pattern ahead will also slow down field work in fall harvest, silage cutting, grass cutting and baling, and winter wheat planting. Roads and infrastructure may also be affected. And, as we have seen much this year, wet basements in homes and businesses are possible again.

The climate outlook for October, released on September 19 by NOAA’s Climate Prediction Center, shows a lot of uncertainty in precipitation overall for the month ahead. Despite a wet start to the month, the rainfall for the rest of month is less clear. This most recent outlook indicates equal chances of wetter, drier or near average rainfall for October, reflecting the forecasters’ uncertainty and lack of consensus among computer models.

The temperature outlook for October, and through the end of the year, shows odds tilting towards warmer than average temperatures. Fall season often has many ups and downs in temperature, so there remains a little uncertainty, but there have been some consistent signs of some warmer temperatures more often than not.

The October climate outlook will have an update on September 30. Stay tuned to social media (Twitter: @SDSUclimate) and elsewhere for the most recent information. 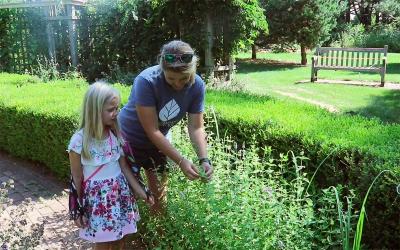 Lesson 1 - Getting the Garden Growing

Introductory gardening lesson where youth will learn what plants need to grow and what fruits and vegetables grow in different seasons in South Dakota. 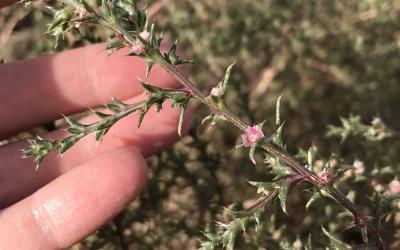 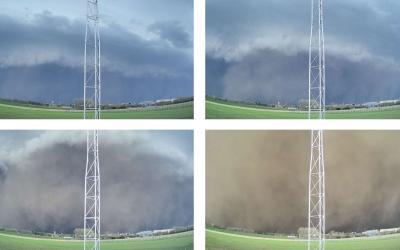