Based on the soybean price received by producers in South Dakota (Figure 1), a peak price of $16.00/Bu was reached in August, 2012. In most recent years, however, soybean price has been on a continuous decline until most recently. According to USDA/NASS data, South Dakota Soybeans-price received in March, 2016 was $8.25/Bu, 10 cents up from the previous month. Since April 2016, U.S. Soybean future price has increased sharply, amid reports that abnormal rainfall conditions likely caused measurable reduction of the crop in some key soybean production areas such as Argentina and parts of Brazil (O’Brien, 2016). Based on the most recent World Agricultural Supply and Demand Estimates on May 10th (USDA, 2016), the forecasted 2016/17 U.S. season-average soybean price ranges from $8.35/Bu to $9.85/Bu, compared to $8.85/Bu in 2015/16.

Meanwhile, soybean production costs have been constantly increasing (Figure 2). Based on cash-rent farm enterprise analysis data for Minnesota, South Dakota and North Dakota (FINBIN), the five most expensive production cost categories in 2015 were land rent, seed, crop chemicals, repairs and fertilizers. Regarding percentage increases, fertilizer and crop chemicals costs have risen most rapidly, with 115% and 88% increases from 2010 to 2015 respectively. In terms of dollar amount increases, land rent has experienced the largest increase of $71/acre, from an average of $113/acre in 2010 to $184/acre in 2015. This was followed by crop chemicals, which averaged $21 per acre in 2010 and $39 per acre in 2015. The increase of $18/acre in chemical use was largely attributable to the emergence of herbicide resistant weeds in recent years (Edwards C.B. et al., 2014).

To better understand the source of cost discrepancies, Table 1 provides a comparison of soybean production costs between the 20% most profitable producers and the 20% least profitable cash-rent soybean producers in 2015. In terms of the cost difference in dollars per acre, land rent ranks first among all the direct expense cost categories. Other main categories with the largest cost differences between the two groups include fertilizer, crop chemicals, seed and hired labor. Among these, fertilizer, crop chemicals and seed are also among the top four highest cost categories after land rent (Figure 2), suggesting managing those expenses may effectively reduce total costs. Ironically, even though higher costs were spent on land rent, fertilizer, crop chemicals, seed and hired labor by the 20% least profitable producers, they generated an average yield of 53 Bu/acre, which was 6 Bu/acre less than that of the 20% most profitable producers.

From a much smaller farm sample in South Dakota, as reported by MTI (2016) on 48 cash rent soybean producers, similar findings are observed. Compared to Minnesota farms (Table 1), South Dakota producers paid lower land rent on average, $138/acre and $89/acre respectively, by the 20% least profitable and 20% most profitable. The yield was generally lower too, as indicated by 46 Bu/acre and 54 Bu/acre for the 20% least profitable and 20% most profitable producers. Nevertheless, the least profitable producers from both states incurred higher input costs on fertilizer, crop chemicals and seed, but did not produce higher yields as a result. The reasons are likely to vary on an individual basis, but possible explanations could be choosing undesirable seed varieties, planting either too late or too early, failing to rotate crops, and applying the wrong fertilizer types that barely increase profit (Staton, 2016).

To determine the potential to increase net profit from soybean production, individual soybean producers are encouraged to compare their own yields and input costs with these benchmark levels. Soybean experts from SDSU Extension can also help producers target the issue areas and increase profit accordingly. 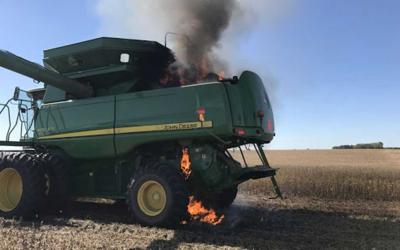 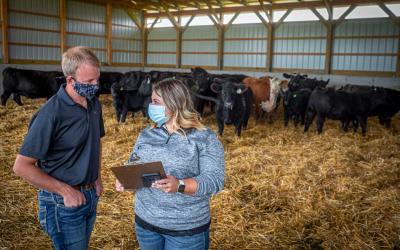 COVID-19 Tips for Farms and Ranches

Continuing to keep employees and family members healthy through the COVID-19 pandemic will require extra effort as you enter the busy time of fall harvest. 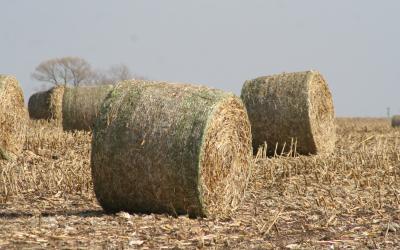 Are you a farmer or rancher dealing with beef cattle? Join us for a free webinar for cattle considerations.