Research surveys have shown that most ranchers utilize reactive drought management practices, such as reducing herd size and purchasing feed, with fewer ranchers using well-defined proactive strategies in their drought management (e.g. having banked forage and varying stocking rates with forage supply) (Derner and Augustine 2016). Of note is:

“Droughts often are the catalyst to make ranching enterprise changes, as they can be an expensive education to do something different” (Derner and Augustine 2016).

Thus, to avoid expensive lessons in “coulda, woulda, shoulda,” it’s important to consider having a drought plan in place. Other research conducted on this topic has found the four main areas that inhibit ranchers from responding to drought are: learning and mental models, financial considerations, government policy and scale (Dunn et al. 2005). Mental models are concerned with how we remember drought, which is driven by experience and our capacity to be heavily influenced by our most-recent memories (Dunn et al. 2005). Financial considerations center on a reluctance to destock and less reliance on feed stocks. Goverment policy has generally provided aid to ranchers dealing with drought, with the unintended consequences of holding livestock instead of selling them during drought or delaying making a decision altogether as you wait for policy to be implemented (Dunn et al. 2005).

Lastly, Dunn et al. (2005) found that the duration, severity, extent and seasonal pattern of drought influence what management action (if any) is taken. Having a drought plan in place ensures that you can overcome the inhibitions surrounding a drought response, the basis of which is figuring out trigger dates. Trigger dates (or critical dates) also serve as timely monitoring points as part of an annual management cycle.

The idea surrounding trigger dates is that on that date you: 1) compare current/projected supply versus demand - this is your target point, and 2) take appropriate action to balance supply and demand – this is your action plan (UNL). Trigger dates are particularly important during the months of April, May and June, as research has demonstrated that precipitation received during those months accurately predicts annual forage production in the central and northern Great Plains (Smart et al. 2020). Thus, an opportunity exists for producers to assess forage production, take appropriate action and make informed decisions. In addition, if we look at forage growth curves (Figure 1), most annual forage production (60–90%) occurs by July 1 for cool-season dominated sites across the Great Plains, peaking in about June. For warm-season-dominated sites, 90% occurs by Sept. 1, peaking in about July (Smart et al. 2020). As the summer progresses, the probability of getting enough precipitation to “make up” for spring deficits decreases (Smart et al. 2020). Thus, any action plans should be, at a minimum, planned, if not enacted by late-June or early-July in the central and northern Great Plains (Smart et al. 2020).

*Look at the SD Mesonet station for current and long-term average temperature, precipitation and soil moisture. NRCS, South Dakota State University Extension, or range consultants can help point you to this information and use it to select trigger dates that make sense for you and your operation. 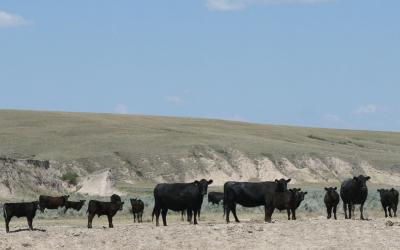 Adaptive Management: One Strategy To Increase Your Operation’s Flexibility and Resiliency

Adaptive management is a strategy that livestock producers can use to manage year-to-year variability in forage production and build drought resiliency for their operations. 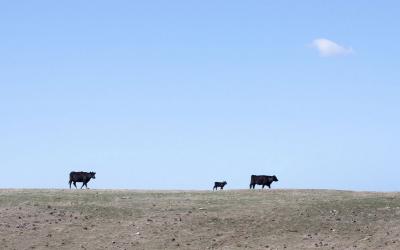 Being able to adapt your stocking rate and grazing intensity to fit forage conditions provides you with tangible management actions you can take to protect your pastures from overgrazing in any year. 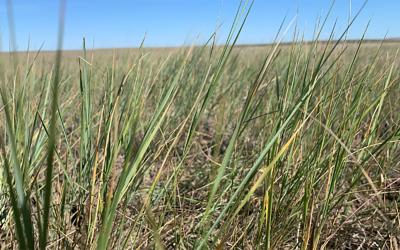 Every year at green-up, grass managers must make decisions about when and where to begin grazing. Several options are available depending on pasture resources, stored feed resources and the ability to be flexible.