Thistle caterpillars are the immature stage of the Painted Lady butterfly (Figures 2 and 3). Painted lady butterflies overwinter in the Southern U.S. and Mexico. When conditions are favorable there, larger populations of the butterfly will be observed migrating back to the Northern U.S. and Canada. In 2019, large amounts of rainfall occurred in the deserts near the U.S.-Mexican border where the painted lady butterflies overwinter. This resulted in increased host plants being available for developing caterpillars and increased spring populations.

One interesting observation by researchers in California is that fewer painted lady butterflies were observed during the normal migration period, likely due to the ability to stay in the original feeding area. But the painted lady butterflies have made their way to South Dakota and we will potentially see increased populations throughout the 2019 season. 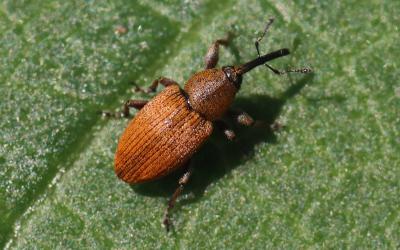 Red sunflower seed weevils are active in South Dakota sunflowers. Scouting should begin for fields that are going to be reaching the R5 stage within the next week. 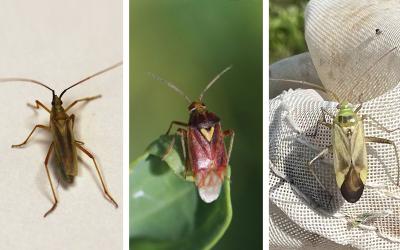 Plant bugs are active in alfalfa fields across the state. A common question we receive from producers is why some of these bugs look so different from others. 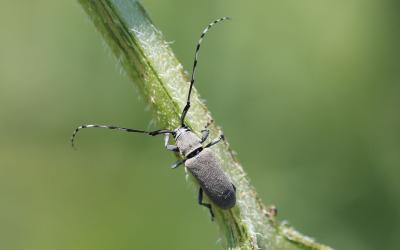 Another Year of Dectes Stem Borer Issues in Sunflower?

Based on the current drought conditions in our sunflower production areas, it is likely that Dectes stem borer will cause issues earlier than normal in the areas experiencing drought.