Squash Bugs Are Active and Ready to Kill Your Plants

Squash bugs are a headache for gardeners almost every year in South Dakota. As their name implies, squash bugs feed on squash along with many other cucurbits. Injury caused by extensive feeding appears as wilting and may result in the death of infested plants. Squash bugs are commonly found in groups on the leaves, stems, and fruit of cucurbits (Figure 1). When disturbed, they produce a foul scent and scurry away quickly. Peak squash bug activity occurs in late summer and continues until the first frost.

Squash bugs overwinter as adults and become active in late spring when the adults emerge to mate and lay eggs. The females lay clusters of spherical bronze-colored eggs on the stems and undersides of the leaves between the leaf veins (Figure 2). Squash bug nymphs hatch in about 2 weeks and immediately begin feeding. Over the next 4 to 6 weeks, the nymphs complete their development and mature into adults. The adults continue to feed until the first frost when they seek shelter to overwinter. There can be one or two generations per year depending on the length of the growing season.

Methods for preventing squash bug infestations include sanitation (cleaning up plant debris), crop rotations, trap crops, and using physical barriers like floating row covers until the first female flowers bloom. Planting squash a bit later in the season allows any overwintering squash bugs to seek out and colonize other cucurbits in the area. Trap cropping a highly attractive squash variety like Blue Hubbard early in the season is a strategy to consider. Trap crops can then be destroyed or hit hard with insecticide to reduce squash bug populations.

When plants are young, check the stems and leaves for egg clusters and crush any that are observed. This is a good preliminary strike that helps reduce squash bug populations later in the year. Regularly fertilize and water the plants to make them healthier and more tolerant to feeding injury if an outbreak does occur.

Keep in mind that many cucurbits can handle a lot of feeding damage before fruit quality suffers. Squash bugs are adept at hiding underneath leaves and weed fabric or plastic mulch. This makes them challenging to kill with insecticides. In the case of a heavy infestation, an insecticide treatment may be necessary. Insecticides should be applied early while squash bugs are in the nymphal stage because the adults are much more resilient and difficult to kill. Insecticides should be applied to the leaves and at the base of infested plants. If the plants are flowering, avoid treating the flowers as this can harm bees and other visiting pollinators.

When cleaning up your garden in the fall, make sure to remove all cucurbit debris and make sure to remove any weed fabric or plastic mulch that was used. Squash bugs will overwinter under those artificial soil covers and can then quickly recolonize the garden the next year. 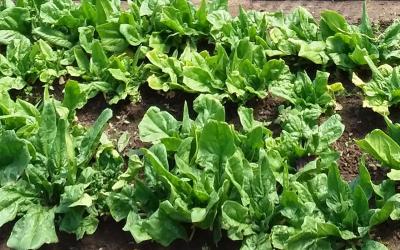