Chemicals were one of the most expensive individual costs in soybean production, behind only to seed in the non-land cost category. The average cash-rent soybean production farms incurred a crop chemical cost of $39/ac in 2015, an 88% increase from 2010 (FINBIN). To help producers reduce their dependence on agricultural chemicals, NASS Agricultural Chemical Use Program has been conducting periodical surveys for various crops since 1990. The 2015 survey results on soybean production were released on May 13, 2016. Covering 19 top soybean producing states of the U.S., the survey accounts for 97% of the acres of soybean production in 2015. Soybean producers of South Dakota (SD) have participated in these surveys on a voluntary and confidential basis.

In the surveys conducted in 2012 and 2015, soybean producers were asked to identity pest management practices they adopted in four categories which are: prevention, avoidance, monitoring and suppression (PAMS). Detailed definitions on PAMS can be found in Coble (2003).

A comparison between the 2012 and 2015 results shows a modest increase in adoption of prevention practices in South Dakota. As Table 1 indicates, no-till and seed treatments, the two most important prevention categories, have been adopted by a higher percentage of production fields. However, the adoption rate for avoidance practices has declined. For example, the percentage of producers choosing crop variety for pest resistance has dropped by 20%. It is likely that with the emergence of glyphosate resistant (GR) weeds, planting of glyphosate tolerant (GT) crops is no longer the most effective way to control weeds. Similarly, USDA ERS (2015) data also indicated that the percent of GT soybean planted in South Dakota has dropped slightly, from 98% in 2012 to 96% in 2015.

The monitoring practice has slightly increased from 2012, indicating most SD soybean producers have noted the importance of monitoring in making further suppression decisions (Table 1). In particular, weeds monitoring was carried out by 99% of soybean producers in 2015. Of the four categories, suppression has experienced the largest increase between 2012 and 2015, likely because more SD producers found avoidance and prevention were not as successful in eliminating pest infestations. In 2015, 65% of SD soybean producers maintained ground covers, mulches or other physical barriers to manage pests, this rate is much higher when compared to the 2012 SD average of 45%, or when compared to the 2015 national average of 44%. Meanwhile, 30% more SD producers began to compare their own data to published information to make decisions in 2015 when compared to 2012, which emphasizes the importance of accurate public information.

Among all the pesticides used in soybean production, herbicides are by far the most widely and intensively used (Table 2). In addition, the total amount of herbicides used has increased dramatically. From 2006 to 2015, total herbicide use in South Dakota has increased from 5.62 to 9.03 million pounds, a 61% increase. Meanwhile, USDA/NASS survey data showed that soybean acres planted increased 30% from 3.95 to 5.15 million acres. The disproportional increase in herbicide usage compared to acre planted indicated a higher amount of herbicides were applied in 2015 on a per acre basis. This could partly explain the increase in crop chemical expenditure in soybean production in recent years on a per acre basis.

Extensive reliance on a single herbicide by so many producers has eventually resulted in the emergence of GR weeds on many farms. As a result, herbicides that rely on different modes of action began to be adopted by more and more producers (Table 3). For example, a new herbicide, sulfentrazone, which controls weed by disrupting the cell membrane, was used on 30% of the soybean acres in 2015. This suggest more SD soybean producers began to use weed-management practices that account for glyphosate resistance. Such practices were backed up by a study by ERS (Livingston et al. 2015), which shows that after 2 years of weed management, practices that account for glyphosate resistance were more cost effective and generated higher economic profit compared to the practice that ignores glyphosate resistance.

To manage glyphosate resistance more cost effectively, the following weed-management choices should be considered: (1) combine glyphosate with herbicides of different modes of action; (2) apply glyphosate during fewer years and (3) most importantly, not to apply glyphosate during consecutive growing seasons (Livingston et al. 2015). In addition, as weed seeds can be easily carried between fields by wind, water, animals, and movement of farm equipment, successful weed control can hardly be accomplished by a single party. Therefore, more cost effective weed management can be achieved when neighboring farms take collaborative actions. 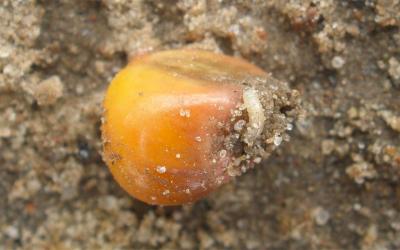 For most of South Dakota, peak emergence of the overwintering seedcorn maggot population has passed. See our latest activity estimates for the second generation. 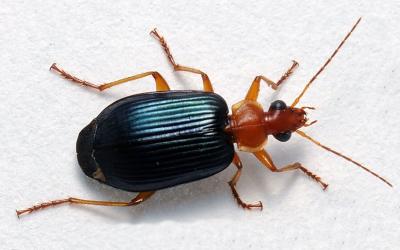