Pumpkins are a staple for the fall season. They can often be seen used to decorate homes or for carving jack-o'-lanterns, but they’re great to eat or can for later too! Pumpkins are a good source of vitamin K and vitamin C, and potassium, but when it comes to eating pumpkins, it’s important to know the variety of pumpkin to use. The most common pumpkin is the Aladdin, which is typically used for carving, and the Baby Bear, a smaller version of the standard pumpkin. When it comes to baking, the Sugar Pie variety is the most common.

Preserving pumpkins is a great way to savor that fresh fall taste to use all year-round. It is important to note that you cannot can pumpkin to preserve it the same way you would other produce, such as salsa or jam. The best way to safely preserve pumpkin is by freezing it. If you are looking for a shelf stable option, pressure canning cubed pumpkin is recommended.

First, it is important to note that canning pumpkin butter, or mashed/pureed pumpkin is not recommended. Only cubed pumpkin can be canned safely.

Once you have your pumpkin preserved, it can be used in a variety of ways. Some common uses are pumpkin pie, pumpkin bars, soups, and mixing in with casseroles. 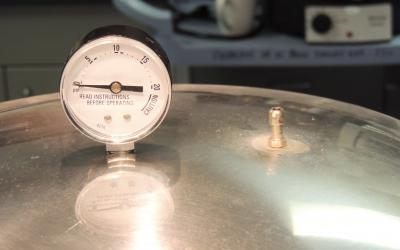 A Guide To Pressure Canning

Pressure canners may have a weighted-gauge or dial-gauge, for indicating and regulating the pressure during processing. 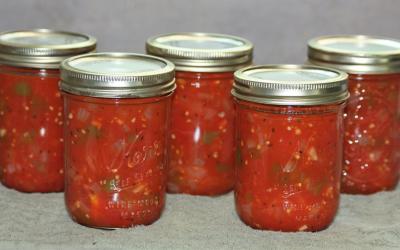 Learn about the Dos and Don'ts of canning on a smooth stovetop. 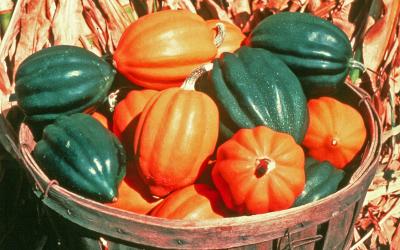 The gardening season will soon come to an end, but we can still enjoy the fruit of our labor for months ahead if we take some extra care in harvesting and storage. Pumpkins and winter squash are two vegetables that can last well into the winter with attention to the following practices.