There are many insect pests that are cause for concern to both gardeners and farmers throughout the state of South Dakota. However, it is important to remember that not all insects are pests. There are numerous species of insects that are beneficial to the landscape. In this article we will highlight a common insect predator known as the damsel bug (or nabid).

Adult damsel bugs vary in color depending on the species, but they are most commonly mottled-tan to brown. They are approximately 1/6 to 1/2 of an inch long and have a slender body that tapers off towards the head (Figure 1-A). They have large, brown eyes and raptorial front legs that are perfect for capturing and securing prey. Damsel bugs are considered true bugs and belong to the order Hemiptera, indicating that they have piercing-sucking mouthparts that typically rest underneath the body when not actively feeding or searching for prey (Figure 1-B). In South Dakota, most species have one generation per year and overwinter as adults. Adults emerge and begin to lay elongated, cream-white colored eggs in plant stems and other soft plant tissues (Figure 2-A). After approximately 8 to 12 days, the nymphs will hatch and undergo five instars until adulthood is reached. Nymphs resemble adults, but they lack wings and are smaller in size (Figure 2-B).

Both nymphs and adults prefer soft-bodied insects, including many agricultural pests, and they are considered generalist predators. They are common in alfalfa and other field crops due to higher prey abundance, but they can also be found in home gardens, where they prefer low-growing grasses for cover. Common prey insects include, but are not limited to aphids, spider mites, moth eggs, potato leafhoppers, corn earworm caterpillars, tarnished plant bug nymphs, armyworm caterpillars and corn borer caterpillars. Once prey is found, they use their raptorial front legs to capture it and piercing-sucking mouthparts to inject digestive enzymes into the prey. After a short time, the damsel bug then uses the mouthparts to remove the body fluids. In instances of limited prey, damsel bugs may feed on other predators or plants. It is important to remember though that they will not cause plant injury.

Damsel bugs do not require management as they provide an important predation service. 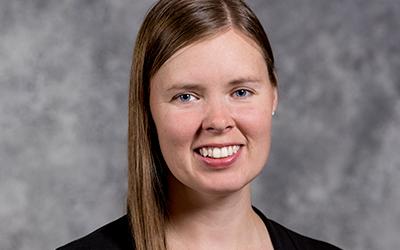