What are those black bugs jumping on the snow?

With the arrival of spring comes warmer temperatures, melting snow, and of course, the return of insects. One of the first critters you may notice in early spring or even late winter are snow fleas (Figure 1). These tiny arthropods can be an odd sight when they appear by the hundreds on top of snow drifts that are melting on warm, sunny days. They have the ability to jump great distances, so they are often mistaken for real fleas. Snow fleas are actually a type of springtail, which, although closely related, aren’t technically insects. Unlike real fleas, snow fleas are completely harmless and their occasional sightings should not cause any alarm.

As one could guess, snow fleas get their name from being seen on snow and their ability to jump. They are very small in size, measuring less than a tenth of an inch. Snow fleas contain a special protein that acts like antifreeze in their bodies and gives them the ability to survive in freezing temperatures. They are present year-round and feed on decaying organic material (i.e., leaf litter). Snow fleas usually go unnoticed during the summer, but their dark blue color makes them easy to spot against a white, snowy backdrop. They hang out in groups and are likely searching for food when found on the snow. Snow fleas and other springtails are able to jump because of a spring-like appendage on their hind ends. They use this appendage to launch themselves into the air and travel quickly. As mentioned previously, snow fleas are completely harmless and may only be considered a nuisance if found indoors.

From seasonal issues and timely recommendations to disease diagnosis and expert advice, the Tree Pest Alert is a trusted resource for selecting, planting and caring for trees and shrubs all year round. 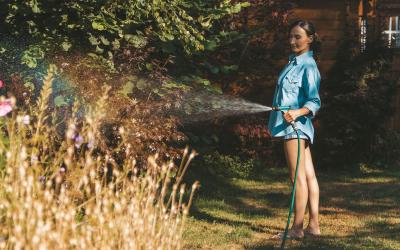 Gardening Tips During a Drought

Drought conditions present challenges for gardeners, but it's still possible to grow things by modifying gardening techniques to keep established plants growing and provide a good environment for new plants. 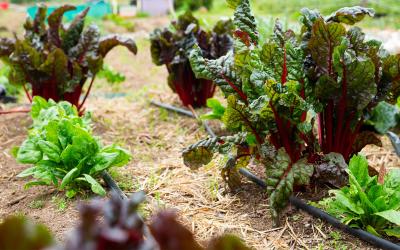 Vegetable Gardening During a Drought

In a drought, getting water to plants is a priority. The following management tips will help you efficiently use water and maximize other gardening practices to achieve a healthy and productive garden.