Flea Beetles in the Garden

Flea beetles have been out in full force so far this year. This group of herbivorous beetles can be a pest of many different garden plants, including tomatoes, peppers, beans, squash, lettuce and others. Flea beetles are common and can be a regular nuisance for gardeners across South Dakota. The visible injury is caused by the adults, which feed on the leaves and stems of plants and leave behind a multitude of small irregular holes or pits. This injury can result in severe stunting or death of infested plants, especially for seedlings that are less tolerant to feeding injury.

Most flea beetle adults are less than 1/8 of an inch long, dark colored, and have a shiny appearance. They get their name because of their enlarged hind legs that are used for jumping. When disturbed, the beetles will spring away, similar to the behavior of a flea. As mentioned previously, flea beetle adults cause the majority of injury to plants by causing defoliation known as “shot hole” injury. This occurs when the beetles chew numerous small holes on the leaves of infested plants, making them look as if they have been hit by a shotgun blast (Figure 1).

Overwintering adults first become active in the spring. The adults will feed for about a month before they begin laying eggs in the soil. Larvae soon hatch and burrow down to feed on the roots of nearby plants. Root feeding at this stage is usually minimal and has little impact on plants. After another month, the larvae pupate and emerge as new adults. This cycle may continue for one or two more generations, depending on the species.

Physical barriers like floating row covers can help protect plants from flea beetle feeding. Planting trap crops such as radish or alyssum can be effective as well. Trap crops draw beetles in and can then be treated with an insecticide once they become infested. Organic products such as neem oil and diatomaceous earth can be applied on and around plants as natural repellants that keep flea beetles away or deter them from feeding. Insecticide treatments may be necessary for severe infestations. Remember to check the product label on insecticides to ensure that they are labeled for flea beetles and are approved for the crop that you are using them on. Furthermore, it is important to be aware of any special instructions regarding crop harvest following an insecticide application. 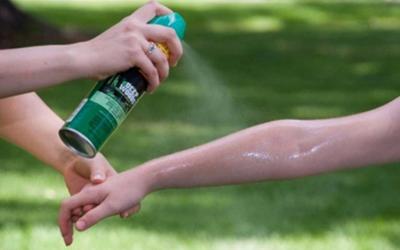 How to Avoid Being Dinner: Preventing Tick and Mosquito Bites

Summer is here, and so are the opportunities to enjoy the long days and warm weather. Ticks and mosquitoes share the outdoors with us, and there are things you can do to prevent bites from both.

The South Dakota Department of Agriculture is again offering pesticide container recycling services across the state. The list of 2020 dates and locations is available now, with the first collection events on July 13 in Herreid and Selby, S.D. 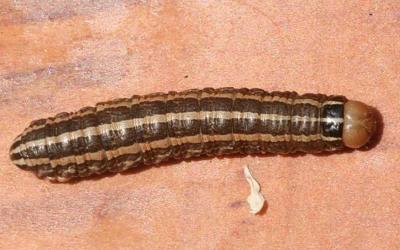