As cattle producers begin thinking about calving season and management practices to ease the work load a bit, night feeding is something to be considered. Producers have questioned whether or not time of feeding affects time of calving, and the answer is “Yes.”

Research indicates that feeding cows later in the day and evening will increase the number of calves born during daylight hours, when it is typically easier to keep a close eye on them. Gus Konefal, a rancher in Manitoba first developed this feeding method after he discovered that 80% of his cows calved between 7 a.m. and 7 p.m when they were fed later in the day. Konefal’s method included a twice a day feeding, with first feeding between 11:00 a.m. and noon and second feeding between 9:30-10:00 p.m.

Similar research at Iowa State University using the Konefal feeding system, but only feeding one time per day at 4 p.m., starting 2 weeks prior to the expected start of calving, resulted in 82% of cows calving between 6 a.m. and 10 p.m. In addition, calves born between 5 a.m. and 11 p.m. (75% of the 24 hour day) was 91%. Therefore, only 9% of calves were born outside the window when traditional calf checks are performed. An important thing to note is that when heifers were separated from the data set and analyzed, 90% of the heifers also calved in this same time frame. A survey collected from 15 beef producers in Iowa and Missouri reported feeding once daily between 5 p.m. and 10 p.m. resulted in 85% of cows calving between 5 a.m. and midnight. Compare this data to cows not on the Konefel feeding system in the same herds that were calving 50/50% day and night.

Researchers at USDA-ARS at Miles City, MT completed at three-year study evaluating differences in feeding time on calving time, but the numbers were not as dramatic as Konefel and Iowa State data. However, there was a consistent 10-20% decrease in the number of cows calving between 10 p.m. to 6 a.m. in the late fed cows compared to the early fed cows.

Here are some points to remember if Konefal calving will be implemented:

This method of management may help to decrease the number of nights spent up waiting for cows and heifers to calve by helping to move more of the calving to daylight hours. 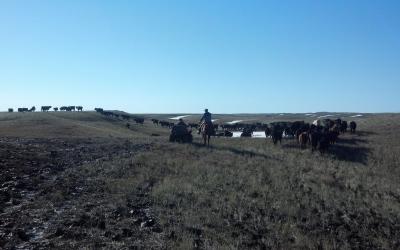 Late-Term Reproductive Losses in Beef Cattle: Diagnosing the Cause

Reproductive losses account for $1 billion in lost revenue to the beef industry each year. With cattle reproduction, focusing on what we can control and diagnose is the key to avoiding these losses. 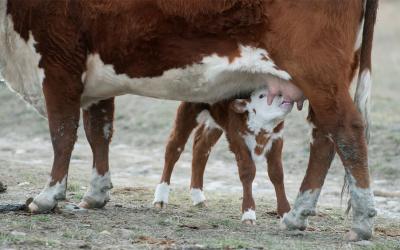 Dairy and beef producers have long understood the importance of colostrum for the short- and long-term health of their calves. Calf health experts have determined the minimum level of serum protein to categorize a calf as having received sufficient colostrum. 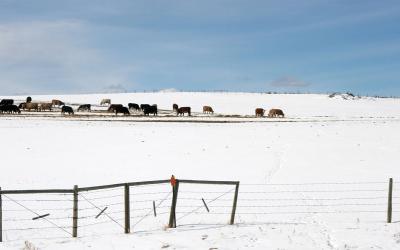 Extreme winter weather makes it challenging to meet a cow’s nutrient requirements. With below-normal temperatures come challenges of ensuring adequate nutrition and protection for livestock, including being prepared to provide additional feed and shelter.