Argus Tortoise Beetle: No, It’s Not a Lady Beetle

Argus tortoise beetles are known to feed on plants in the Convolvulaceae family, which includes some common plants such as bindweed, morning glory and sweet potato.

Typically, Argus tortoise beetles aren’t something to be concerned about as they don’t feed on most garden plants and their presence on these plants is likely accidental.

The Argus tortoise beetle can range in color from light yellow (Figure 1-A) to orange or red (Figure 1-B). Typically, there are six black spots present on the pronotum (segment behind the head). The number of spots present on the elytra (hardened forewings) varies but is often six spots on each side with one spot in the middle. The adults are approximately 1/3 of an inch long.

The larvae of this species are also yellow with black spots, and generally attract attention because they will feed in groups (Figure 2). As a defense mechanism or camouflage, the larvae will also carry piles of frass (insect waste) around on their backs. 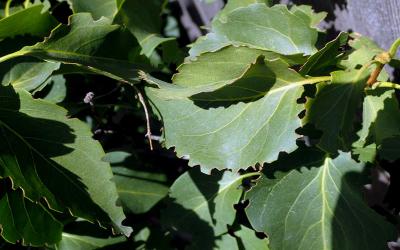 What Is Feeding on My Lilac Bushes?

There have been multiple reports of mysterious defoliation occurring on lilac bushes.The defoliation is often described as notches showing up around the edges of the leaves, resembling the edge of a saw blade. 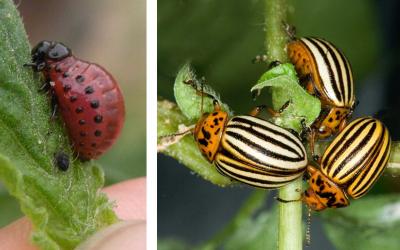 Last week we received calls about insects feeding on potato plants. The culprit was the Colorado potato beetle, which is a major pest of potatoes. 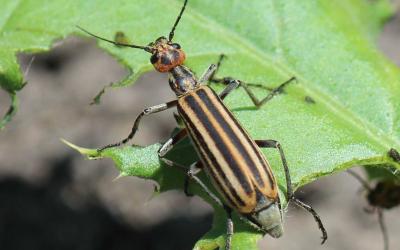 Typically, we don’t see a lot of issues with blister beetle feeding in gardens. However, when they show up, blister beetles can rapidly defoliate plants.