A key advantage to using commodities that meet standard specifications and are frequently traded is that it is very easy to establish an economic value that is accepted by most users. The marketplace sets the value of corn, and other feedstuffs on a daily basis, provided those products meet some set of standard specifications.

What happens if we deviate from those standards? In those instances, we need to adjust prices to accommodate changes in value due to differences from “normal.” Two instances that commonly occur with cattle feeding are high moisture grains (corn) or feedstuffs that combine grain with other plant parts with a different nutrient composition, such as earlage.

If that’s the case, what is a ton of 30% moisture corn worth?

Placing a value on earlage as a feedstuff is more complicated because we to account for differences in both moisture content and nutrient composition compared to dry corn. Earlage (or snaplage) contains both corn grain and plant portions. Complicating matters even further, not all samples of earlage are created equal as different harvest equipment will capture varying portions of the plant. For instance, a forage chopper with a snapping head will capture more husks and shank compared to a combine set to return grain plus a portion of the ground cob to the tank.

Many calculators value earlage based solely on the amount of corn it contains. That approach is useful for purchasing negotiations involving a farmer without livestock, but inaccurate for determining value as a cattle feed. The cob, husk, and shank portions provide digestible NDF that can substitute for some or all of the animal’s roughage needs, especially in finishing diets. The roughage portion is not worth as much as the corn grain, but it isn’t worth zero either.

The most accurate method would be to obtain a nutrient composition of the feedstuff and compare the energy and NDF contents to a combination of corn grain plus a low quality roughage source such as corn stalks to determine an approximate value. Alternatively, one could approximate the percentage of corn and residue components in the feed.

Using the same dry corn values as before ($3.50), what would the value of earlage at 34% moisture be, assuming the feedstuff is 85% corn on a DM basis? We will assume that the value of the cob, husks, etc. is about $70 per ton of DM, approximately that of baled crop residues.

Producers who have the ability to utilize high-moisture feeds to be marketed through livestock have multiple options compared to strictly cash grain farmers. To illustrate that point, here are four different scenarios for a hypothetical acre of corn that would be expected to produce 150 bushels of dry corn with a harvest price of $3.50. Those options are:

In this scenario, dry corn and high-moisture corn have the same gross value per acre because the value of the wetter corn has been adjusted for moisture differences. The earlage results in greater value per acre because of the additional residue harvested. The final scenario shows the impact of drying costs on net revenue per acre, and the value of using livestock as a marketing avenue can have on overall returns to an integrated livestock/crop enterprise. 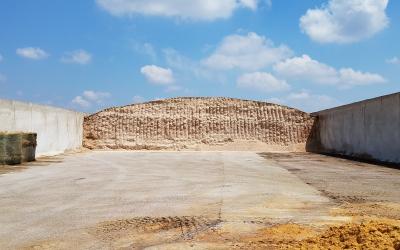 Producers who raise both corn and cattle have the option of harvesting some or all of their corn acres as a high-moisture grain crop to be marketed through cattle. There are several advantages to harvesting corn earlier at a high-moisture content. 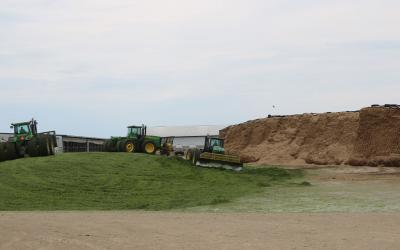 Harvesting Silage on a Wet Year: Moisture is Critical

Fall is on its way in South Dakota. However, with many flooded and saturated fields, some producers are growing concerned that there will be little opportunity to harvest silage before corn dries down past desired moisture levels or frost occurs. 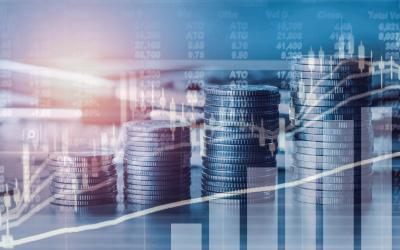 The Silage/Earlage Calculator is designed to help corn and livestock producers answer questions regarding the value of standing fields of corn either as grain, silage and earlage.