Reproductive Injuries in Bulls on Pasture

Bulls on pasture during the breeding season are vulnerable to many health risks, including lameness and pinkeye. Unfortunately for cattle producers, the list doesn’t end there. Injuries, particularly to a bull’s reproductive structures, are not uncommon. And when they happen, it usually means that the breeding season (if not the breeding “career”) is over for the injured bull.

While preputial injuries in bulls might not occur every year in a given cow-calf operation, they’re one of the most-common reasons bulls are examined by veterinarians during the breeding season. These injuries can range from mild to career-ending.

An anatomy lesson might aid the understanding of preputial injuries in the bull. First, what is the “prepuce” of a bull, and how does it differ from his “sheath?” Covered with hair and readily observed hanging from the lower abdomen, the sheath is the outer pouch that contains and supports the penis. Inside the sheath lies the prepuce. The prepuce consists of the hairless, moist skin that connects the sheath to the penis. It’s made of very flexible, elastic tissue and it everts when the penis is extended outside the body.

It might seem that the prepuce is a fairly mundane part of the body with an uninteresting function. And this is truly the case when everything is working correctly. The moisture and flexibility of the prepuce allow the bull to extend and retract the penis in the course of breeding.

In fact, about the only time the prepuce gets noticed is when something goes wrong. When the prepuce gets lacerated in the course of breeding, swelling invariably sets in. This swelling prevents the prepuce from retracting back into the sheath, making it further vulnerable to more trauma. Preputial lacerations can also occur in bulls that, for anatomic reasons, habitually prolapse (outwardly displace) their prepuce.

Treatment for these injuries depends on their duration and severity and the resulting damage to the prepuce. Superficial lacerations might be treated with 30 days rest from the breeding pasture and flushing the sheath with antiseptic solutions—if there is no swelling and subsequent prolapse of the prepuce.

However, injuries at this early stage are almost never noticed out on pasture. More commonly, preputial problems are not detected until the prepuce has been prolapsed for a good length of time and the tissue is dry, swollen, dirty and infected. Treatment of injuries at this stage requires attempts to soften up the prolapsed tissue and reduce the swelling enough that it can be replaced back into the sheath. Veterinarians do this by coating the tissue with antibiotic ointment and protecting it with a fabric bandage while placing a tube in the preputial orifice to allow the bull to pass urine.

This treatment is a process that takes at least several days; and even if the tissue can be replaced, subsequent abscess and scar tissue formation are common, which may make it impossible for the bull to extend his penis. For this reason, the prognosis of a bull with severe preputial injuries is very guarded for future breeding purposes. At the very least, the bull is most certainly lost for the rest of the current breeding season. While surgery might be able to take care of scar tissue and abscesses in valuable bulls, it’s an involved procedure that doesn’t always have optimal results.

Preputial injuries are yet another reason to keep a close eye on bulls on summer pasture. If there’s hope of saving a bull’s breeding capacity for another breeding season, it’s going to depend on prompt detection of the injury and prompt presentation of the bull to a veterinarian for proper treatment. 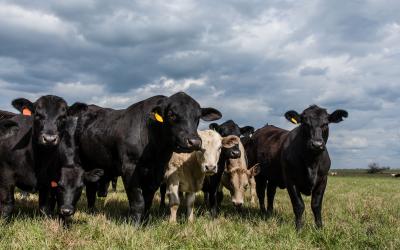 Ensure Herd Bulls Are Ready for the Upcoming Breeding 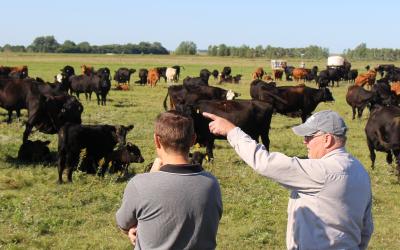 Checking cows is a daily activity during the summer which becomes even more important once the bulls have been turned out to begin the breeding season. Why? If a bull isn’t doing his job or if he gets injured while on the job, there needs to be a plan B because at the end of the day cows still need to bred. 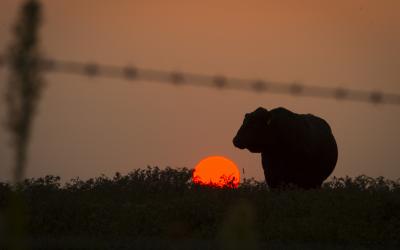 Cattlemen can increase the breeding capacity of bulls through proper care prior to the breeding season. Because the production of sperm cells require 60 days with several factors having a potential negative impact on breeding ability, it is time to begin evaluating bulls now to ensure they are ready for the breeding season.