Pork Producers and the One Health Movement: Actions at the State Level

The term “One Health” has been coined to describe the concept that the health of people, animals and their environment are inextricably linked. The most commonly considered examples of One Health in practice are zoonotic diseases—diseases that can pass from animals to people. For pork producers, influenza strains that originate in pigs, but pass to people are a pertinent example. There are however, many other ways to look at the connections between people, animals, and the environment.

One of these connections was featured at the most recent One Health South Dakota seminar, held this past September in Sioux Falls. These semiannual seminars bring together people involved in human medicine, public health, veterinary medicine, and animal production around a common One Health topic of interest.

The One Health issue discussed at this meeting was that of antibiotic use in people and animals, along with efforts to preserve the usefulness of these tools. The emergence of bacteria resistant to front-line antibiotics in human medicine has shone a spotlight on antibiotic use in human as well as veterinary medicine. The issue has been contentious at times, with finger-pointing at livestock uses of antibiotics (usually by those not involved in animal agriculture) as well as at physician prescribing practices (usually by those involved in animal agriculture).

Attendees at the One Health South Dakota meeting – which were split almost evenly between people involved in animal health and human health – learned that there are many nuances to the uses of antibiotics, whether they’re prescribed for a child in an acute care clinic, or for a finisher barn full of hogs. The goal of the meeting was for people unfamiliar with antibiotic use and stewardship in either human or veterinary medicine to learn about the challenges faced by practitioners on the “other side of the aisle.”

According to meeting evaluation comments, some of the things that people working in human and public health learned about antibiotic use in animal agriculture included:

On the other hand, some of the things livestock producers and animal health practitioners learned about the uses of antibiotics in people included:

Attendees agreed that antibiotics are important tools to preserve for the future, in people and animals alike. Understanding the challenges faced by all who use these tools is the first step in working together towards that goal. One Health efforts such as the South Dakota seminar, are one way to enhance that understanding. 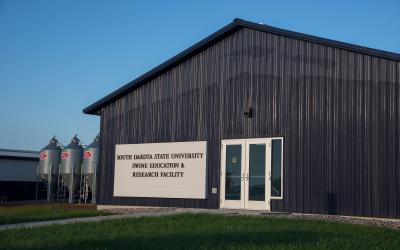 South Dakota State University Extension will commemorate the fifth anniversary of the SDSU Swine Education and Research Facility at this year’s Swine Day on Nov. 2. 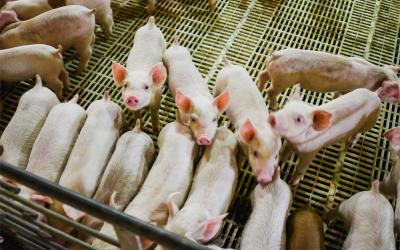