Nutritional Needs Prior to Calving

Nutrition during late gestation plays a large role on the future calf as well as the dam. It is during the last 60-90 days of gestation, or the pre-calving period, that impacts the calf’s survivability, long-term health and overall production. How the cow is managed and fed during this time affects her future breeding and reproductive performance. During this period 70% of fetal growth occurs. Other than mid-gestation, this is the second-best time to add weight to thin cows and increase BCS prior to calving.

Goals for winter feeding, or pre-calving, should be set with the end in mind. Body Condition Score (BCS) is a practical management tool that evaluates energy reserves in the form of fat and muscle in beef cows. This is an important tool which is closely related to a number of production parameters in both the newborn calf and cow. It is also important in regards to feeding protocol to achieve appropriate nutrient status. Research validates that cows in a BCS of <4 are less likely to exhibit estrus during the breeding season compared to a female with a BCS of 5 or greater. In addition, calves born from cows in a lower BCS have been shown to take longer to nurse and have decreased weaning weights. On the other hand, feeding cows to a BCS greater than a 6 increases costs without an additional performance advantage. The benefit of BCS is it’s free and can be conducted anytime of the year. Therefore, utilization of this tool may be beneficial in the overall production of one’s herd.

When is the best time to improve BCS?

The optimal time to increase BCS is in the fall following weaning. This is when supplementation programs have a positive effect on body condition due to low nutrient requirements of the cow at this time. Ultimately, if this window of time is missed, the efficiency of increasing BCS is lost due to increasing nutrient requirements of the growing fetus.

In order to optimize reproductive performance of cows within the herd it is essential to practice periodic monitoring of BCS throughout the year. This ultimately helps avoid excessive feed costs. Suggested times to evaluate BCS in your herd include; late lactation (2 months prior to weaning), weaning, 100 days prior to calving, calving, and breeding season. All of these time periods are critical to evaluate BCS and guide management decisions. Table 1 shows how to utilize BCS at the various stages of production.

Compared to mid-gestation, energy requirements of cows increase by 20% and their protein needs increase by 10% during late gestation. Considerable tissue growth occurs during late gestation in addition to the fetus; the uterus, placenta and surrounding fetal fluids also increase. In order to accommodate this additional growth without losing body condition, cows will need to gain no less than 100 lbs during this time period.

While protein and energy requirements are important at this time, don’t overlook vitamins and minerals. Fetal growth increases the demands of calcium and phosphorus. In addition, for proper fetal body and immune system development, high levels of copper, selenium, zinc as well as vitamin A & D are needed.

Finally, the effects of winter weather, especially in the Midwest should not be ignored. If cold, windy or wet weather is extended (typically more than 5 days), cow energy requirements can increase by 10-20%. If quality of hay is good, an increase in consumption will suffice, however, in difficult haying years, much like last year, additional protein or energy supplements may need to be fed.

Before deciding whether or not to implement a supplementation program, producers should first collect an accurate feed sample and have that analyzed to make certain that critical nutrient requirements are met without spending too much on feed costs. The main driver of implementing supplementation during late gestation is if body condition is so poor or if the nutrient composition of the base forage is inadequate to support desired weight gain. However, studies have shown when cows grazing winter range are fed a moderate level (1.0 lb/per cow/day, approximately 42% CP) of a supplement during the pre-calving period, they had an increase in BCS and total calves weaned. Supplementing during this period has also shown progeny with increased hot carcass weights, improved calf health, as well as positive effects on the calves’ immune system following birth. Therefore, offering a protein supplement during pre-calving when feeding low-quality roughage (<8-10% CP) has shown improved progeny performance and may be beneficial to herd performance.

In summary, management of the pregnant female prior to calving is important in optimizing her reproductive performance as well as improving progeny performance. With the right management tools, having a successful calving season leads to a successful breeding season. 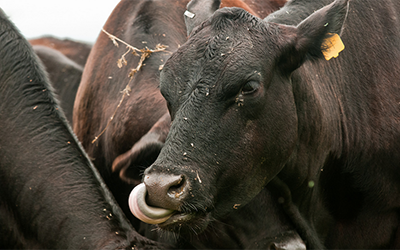 Understanding the Importance of Your Herd’s Energy Reserves 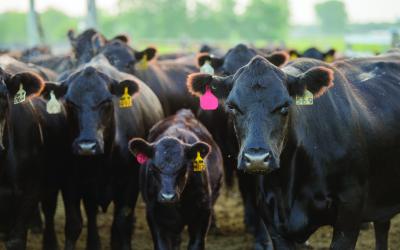 This year’s event will be held virtually Tuesday, February 9 and will begin at 1 p.m. CST. 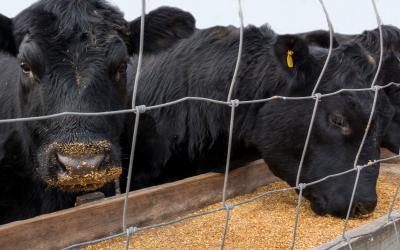