No, It’s Not a Murder Hornet.

Over the weekend, the mainstream media exploded with stories about giant killer wasps from across the ocean. By now, you’ve probably read at least five headlines about the Asian giant hornets (aka “murder hornets”) that were spotted in Washington state and across the border in Canada. As the name suggests, the Asian giant hornet (Vespa mandarinia) is native to large regions of Asia. There, it is known to be a pest of honey bees, which is how these new wasps were spotted in Washington. Asian giant hornets will raid honey bee hives and leave decapitated bees in their wake. The hornets take honey bee body parts back to their own nests to feed to their young.

It is important to note that Asian giant hornets have only been confirmed in a small area of Washington and Canada. These wasps have not been observed in South Dakota or our neighboring states. However, as the spring and summer progress, we will see a different type of large wasp in South Dakota - the Eastern cicada killer (Sphecius speciosus). These wasps become active at approximately the same time as cicadas, which are used as a food source for the larvae of cicada killer wasps. Cicada killer wasps are not a threat to people, and do not need to be controlled. Each year we receive numerous reports regarding the activity of these gentle giants around homes and buildings. However, we have never received a report of them related to a stinging incident.

The adults of both wasp species are very large, ranging in size from 1.5 to 2 inches in length. Eastern cicada killer adults will have a reddish-brown thorax (area directly behind the head) and black abdomen with yellow banded markings (Figure 1-A). Asian giant hornets have a very characteristic yellow head (Figure 1-B).

Eastern cicada killers are often observed hovering close to the ground near mounds of excavated soil. The mounds are created when the female cicada killer wasps dig tunnels in areas of bare, sandy soil to create nests. These wasps are often seen in groups near garages, patios, sidewalks, retaining walls, and in playgrounds where dry, bare soil is readily available.

Cicada killers are solitary wasps, which means one female will dig and provision her eggs alone (Figure 2). However, there are often multiple wasps using the same general area of suitable habitat in a yard.

The female cicada killers hunt cicadas or other large insects near their selected nesting site. Once prey is caught, the wasp paralyzes it using her stinger and carries it back to her nest. She will then lay an egg on the prey and bury it. When the egg hatches, the larva will consume the prey, spin a cocoon, and overwinter in the soil.

But I’m super sure this is a murder hornet!

We receive many questions about wasp identification and management of what turn out to be Eastern cicada killer wasps. For the most part, these questions arise because of the size of cicada killers and their habit of nesting close to areas of human activity. Although they do cause minor disturbances in lawns and gardens, these wasps are benign. Cicada killer wasps may look deadly, but, they are rarely aggressive towards humans or pets. Male cicada killers can be territorial. They are sometimes observed patrolling an area and may buzz around passing people or pets. Male cicada killers may appear threatening, but they lack a stinger and are incapable of inflicting a painful sting.

If cicada killers are nesting in an undesirable location, the long-term solution is to amend the habitat in that area. If an area remains bare, with loose or sandy soil, it has an increased chance of being utilized by subsequent generations of cicada killer wasps.

The areas where the Asian giant hornets were found in Washington and Canada are being closely monitored for continued activity. Much like with the Emerald ash borer, multiple states and agencies are working on limiting the spread and hopefully eradicating this introduced insect. 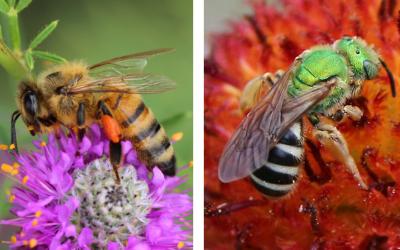 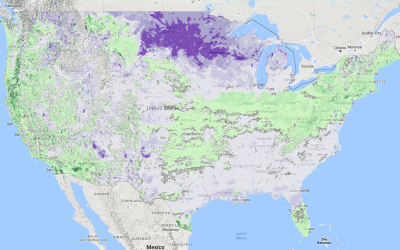