Looking for Foodborne Germs and Their Resistance to Antibiotics: Pork

South Dakota State University is in its third year of participation in the National Antimicrobial Resistance Monitoring System (NARMS), with their Food Safety Microbiology (SD-FSM) lab (part of the Animal Disease Research and Diagnostic Laboratory in Brookings) working with the retail meat portion of the program. The SD-FSM tests fresh chicken, ground turkey, ground beef, and pork products purchased in grocery stores in North and South Dakota for the presence of certain germs. The germs identified are then further tested for resistance to common antibiotics that might be used in treating human illness.

The SD-FSM has recently compiled the NARMS testing results for the June 2018 through May 2019 time period. This report summarizes the results for pork products. Separate reports describe the results from poultry products and ground beef. The NARMS program looks for 3 different germs in retail pork. Salmonella is a significant cause of foodborne illness in the US, while the other 2 (generic E. coli and Enterococcus, found more routinely in meat products) are examined as indicator organisms for antibiotic resistance.

During the investigation period, Salmonella was identified in 5 of the 120 grocery store samples tested (4.2% - Table 1). For E. coli, 48.3% (29/60) of the samples were positive, while 53.3% (32/60) contained Enterococcus. The prevalence of these bacteria was higher in pork purchased in South Dakota compared to those from North Dakota (Table 1).

Since national statistics for the same time period aren’t yet available, it’s not possible to directly compare the Dakotas data with national data. However, information from 2015 – the most recent year available – showed that Salmonella levels in samples from the Dakotas were somewhat higher than the national rate (1.2%). Prevalence rates for the indicator bacteria E. coli were also higher than the 2015 national averages, while Enterococcus prevalence in pork was lower in the Dakotas samples compared to the 2015 national averages (Table 1). These differences should be considered in light of a broader sampling strategy implemented in January 2019.

In January 2019, the SDSU-FSM lab began testing ground pork in addition to chops. Evidence from SDSU points to higher Salmonella rates in ground pork vs. pork chops.1 Since one of the aims of the NARMS work is to obtain antibiotic resistance data – especially for Salmonella – this addition will provide more isolates for analysis.

Isolates (individual growths) of the 3 germ species were submitted to the FDA for antimicrobial resistance testing. Data isn’t available yet for the time period of June 2018-May 2019; however, the resistance of germs found in pork chops during the period of February 2017 through December 2017 is summarized below (Table 2).

During this time period, none of the pork chop samples tested positive for Salmonella.

For the indicator organisms E. coli and Enterococcus, the action of 14 and 16 antibiotics respectively, is measured. A germ isolate is classified as “Multi-Drug Resistant” (MDR) if it is resistant to 3 or more different classes of antimicrobials. During the February-December 2017 time period, 33 E. coli isolates were obtained from pork chops, with 5 of them being MDR. Almost two-thirds of these isolates were susceptible to all antimicrobials they were tested against. The drugs against which E. coli resistant strains were more commonly found included tetracycline (27% of isolates resistant), ampicillin (18%), and sulfasoxazole (12%).

Whole genome sequencing (WGS) methods employed at FDA during this project enables the detection of certain antibiotic resistance genes in bacterial isolates. Half of the E. coli isolates were submitted for this WGS testing. Of 17 samples submitted, resistance genes were found in 6.

Thirty Enterococcus isolates were obtained from pork chops during the same time period, with more than two-thirds of them MDR. All but one (97.7%) of the isolates was resistant to lincomycin, and 80% were resistant to tetracycline.

South Dakota State University’s involvement with NARMS continues to produce valuable information about the prevalence of potentially illness-causing germs in pork products in North and South Dakota. This year’s data indicates that Salmonella in pork chops and ground pork is uncommon in the Dakotas. Comparing this 2018-2019 data with contemporary national data (once it’s available) will provide even better information regarding food safety in the Dakotas. 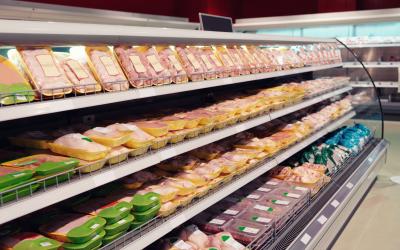 Looking for Foodborne Germs and Their Resistance to Antibiotics: Poultry

This report analyzes the NARMS results for poultry products for the period of June 2018 through May 2019. 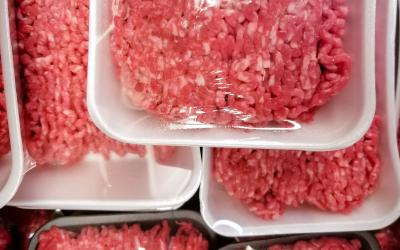 Looking for Foodborne Germs and Their Resistance to Antibiotics: Ground Beef

This report analyzes the NARMS results for ground beef for the period of June 2018 through May 2019.