How Much Room Does a Pig Need?

Let’s take a moment to consider one of the animal observations from the Pork Quality Assurance Plus (PQA Plus) Site Assessment and its impacts.

Recommendations exist in facility planning books about the square footage for an animal at each phase of production. However, these recommendations are simply a starting point at achieving animal comfort and maximizing the efficiency of your building. The challenge we sometimes forget is that recommendations are formed based on some assumptions and certain sizes of animals. What happens when our genetic selection and marketing strategies grow animals that are larger than the animals used to create those recommendations? We start to see animals with less actual space.

I think we can all agree that today’s genetics have improved and provide extra pounds on each animal, both market and breeding animals. There are also different types of housing systems that pigs can be raised in, and the type may change depending on the animal’s phase of production. Thus, a more functional indicator of acceptable animal space that is independent of housing type is defined in the PQA program. Animal space means ensuring an animal can fully lie down without having to be in contact with other animals, unless by choice. Additionally, sows in individual stalls should not have to rest their head on a feeder or have its rump touching the back of the stall while lying down. When we look at market animals, the animals should be able to lie down without piling and be able to get up easily. There should also be enough room in the pen so animals don’t have to be in contact with a feeder or waterer when resting.

When sows don’t fit well in stalls, we may observe minor sores or behavior changes. The most obvious indicators that stall size isn’t matched to sow size is the incidence of shoulder sores or minor abrasions to areas of the body that have frequent contact with the stall frame or feeder. Despite most of these sores needing minimal treatment, it is critical that we remember that this has a direct impact on the animal’s state of well-being. Sows may depress their feed and water intake in extreme cases of limited animal space because they find standing up and laying down difficult. We should take a step back and ask ourselves, what is best for the animal, to ensure we don’t let problems become normal.

For sow herds housed in group pens, animal space is critical because of the social hierarchy of individuals. It is well understood that mixing sows leads to fights to establish their dominance structure, essentially determining who the boss is. Some herds may keep static groups to help minimize this fighting, but this does not eliminate all disputes. Adequate animal space in sow pens provides an environment where a pig that gets picked on has room to escape, which is one way to minimize conflicts and injuries.

Grower and finisher phases are periods where we try to maximize the economic return on our facility by optimizing floor space to keep costs per animal lower. Growth and average daily gain (ADG) starts out great while the animals are smaller and have more room. However, as the animals grow the space allotted per animal becomes less. When pen space is limited and space at feeders and waterers becomes tight, ADG and feed efficiency drop.

Competition increases leading to minor injuries that require treatment. Stocking density may not be high enough to see increased mortality and morbidity, but we do see an impact on welfare.

I often hear producers talk about a pen getting delayed for shipping and animals get fed past their expected market weight. This further shrinks the animal space in the pen and potentially drops it below the minimum recommendations for a short period. I repeatedly hear producers observe improved intakes and ADG again when the first load of market pigs is sorted off pens that became crowded. Why? This directly lowers competition and allows for more space at the feeder and waterer; a boost in animal well-being.

Pigs are social animals. Social animals require space to minimize fighting and promote performance and well-being. Evaluating animal space in your barns can help maximize your production efficiencies while providing a high level of welfare. Continuous improvement toward animal welfare is one goal of the PQA Plus program. 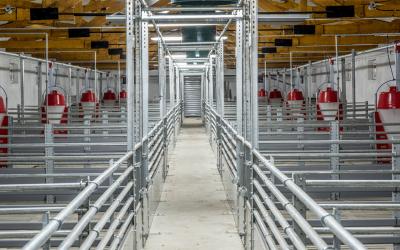 Barns and the equipment within them are a major capital investment. It makes sense to invest time in maintenance, repairs and attention to detail to ensure the longevity of structures. 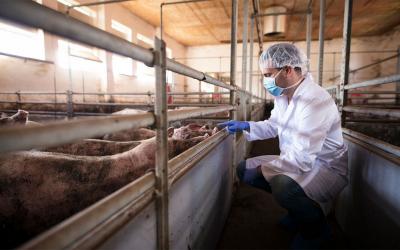 America’s pig farmers doing the right things to protect people, pigs, and the planet continue, even during this challenging time. 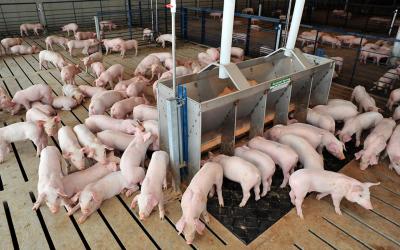 An important foundation of the efficiency of modern pork production is the industry emphasis on biosecurity. Wean-to-finish barns may provide better biosecurity than separate nursery and grow-finish facilities.