Producing corn in the Northern Plains can often be challenging. Weather variability and environmental stress can derail the best laid plans. Whether due to planting delays, cooler than normal growing season, or unexpectedly early frost, stress factors sometimes result in crops that do not meet standard test weight requirements. How does reduced test weight affect the feeding value of corn and cattle performance?

On the surface it would seem logical that lowered test weight would mean that the feed is less valuable. Lower test weight means that there are fewer pounds of grain in a given volume. So it stands to reason that reduced bulk density also means poorer cattle performance and efficiency.

However, based on results from a metabolism trial using cattle, researchers from South Dakota State University estimated that corn with a test weight of 41 pounds actually had net energy values 15% greater than 54-pound test weight corn. The lighter corn had energy values that were more comparable to expected values of high-moisture or steam-flaked corn.

How can cattle feeders use that knowledge? For cattle feeders that also grow corn, this may represent an opportunity to capture more value from the corn crop. Typically, there is a discount in the marketplace for lower test weight corn. Selling normal corn at full-value and feeding lighter test weight corn for cattle feed would avoid or at least reduce the impact of any test weight discounts in the corn market. For cattle feeders that buy corn, purchasing light-weight corn at a reduced price compared to standard U.S. No. 2 corn offers an opportunity to reduce cost of gain and improve returns. For either group of cattle feeders, this could represent a chance to exploit price differences in feedstuffs without compromising cattle performance.

Other considerations to keep in mind:

Be aware that growing conditions that result in reduced test-weight are often favorable for mold or mycotoxin production as well. 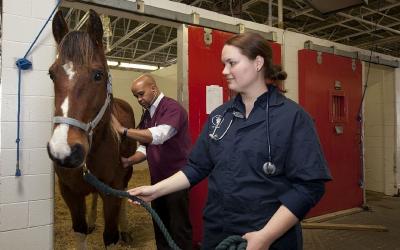 South Dakota One Health: Managing Pain in People and Animals

The latest in our series of One Health South Dakota seminars will focus on the efforts that health care providers and veterinarians undertake to prevent and manage pain – acute as well as chronic – in their patients. 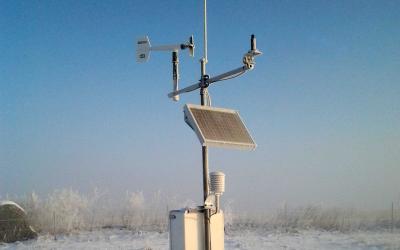 Weather conditions in the Northern Plains can present more than a few challenges for livestock producers. From below zero or blizzard conditions during winter or even spring, to heat waves in the summer months, farmers and ranchers need to be prepared for rapidly changing conditions to provide the best care for their livestock and minimize their risks of losses.