The “2017 Census of Agriculture” is a valuable source for insights related to cattle operations at the state level. There were 13,928 operations across South Dakota with cattle in 2017, and the total inventory was 3,988,183 head. The long-run shift toward fewer yet larger operations mirrors the national situation. The number of operations fell from 2012, while the inventory increased. 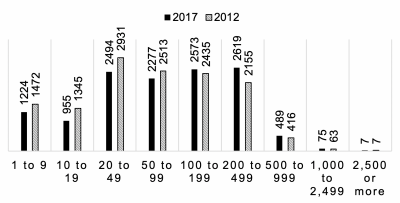 The sales pattern is similar to the inventory pattern in South Dakota. There were 13,362 operations that sold 2,752,025 head of cattle and calves in 2017. The total sales volume was $3.2 billion, up from $3.0 billion in 2012. In a breakdown by concentration of sales, 1,055 farms accounted for half of the cattle and calves sales volume in 2017. Note that feedlots with relatively large sales volumes (and large purchase volumes of feeder cattle) would be included in this tally.

Despite an increase in total cattle inventory, the amount of pasture decreased from the 2012 Census. In 2017, 17,349 operations reported a total of 22.0 million acres of land in permanent pasture or rangeland, a decline of over 0.5 million acres from 2012. There were sharp declines in pasture in Fall River, Ziebach, Meade, Spink and Gregory Counties with a large increase in Pennington County. There was a small decline in the number of operations, to 4,449 in 2017, that practiced rotational or management-intensive grazing. The related acres are not reported. 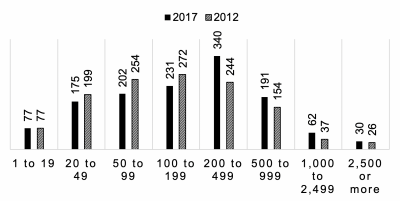 Figure 2. South Dakota farms by number of cattle on feed.

The statistics are available at the USDA National Agricultural Statistics Service website.