Notes From the ADRDL: Yersinia Infections in Beef Cattle

Of all the germs associated with cattle illnesses, a pathogen that’s not one of the usual suspects has been identified in several cases of cattle death losses in Eastern South Dakota.

Historically, the bacteria Yersinia pseudotuberculosis has been found in a wide variety of animal species, but only rarely associated with disease. Cattle, sheep, goats, deer, dogs, and cats are some of the animals the germ’s been found in. Because it’s so common, yet apparently not very dangerous by itself, many consider it to be an opportunist – a germ that only causes illness in animals debilitated from other reasons. Environmental conditions, it turns out, are likely contributors as well.

Yersinia pseudotuberculosis was identified in three cases from different farms across eastern South Dakota submitted to the South Dakota Animal Disease Research and Diagnostic Lab during November 2019. Veterinarians had been called out by producers to investigate cattle that quickly went downhill after the sudden onset of illness.

The most common sign in affected animals in each case was severe diarrhea, resulting in rapid weight loss and death. The sick cattle included beef cows on pastures and 2 separate groups of 8-month old and 4-month old Holstein calves. Numbers of sick animals within groups ranged from 7 out of 100, 15/200, and 16/60.

When veterinarians performed necropsy examinations on the dead animals, the findings were similar across these geographically separated animal groups. Inflammation in the small and large intestines and enlarged lymph nodes in the gut were consistent findings.

The clinical signs, as well as the necropsy findings, had veterinarians thinking about another, more common infection that causes diarrhea and death losses in cattle: Salmonella. But cultures at the lab were negative for this germ. The diarrhea in the cow herd had vets thinking about Johne’s Disease – but animals usually don’t die so rapidly from Johne’s Disease. The identification of Yersinia pseudotuberculosis was the common thread.

Another common thread, however, was that animals in all 3 of these cases had other health issues, notably pneumonia. In one of the cases, calves had been dealing with chronic pneumonia prior to the onset of the diarrhea. In the cases submitted to the diagnostic lab, the pneumonia present in the animals was not severe enough to cause illness, let alone death. But it did illustrate that affected cattle were dealing with other infections at the time they succumbed to the Yersinia infection.

The environments these animals resided in likely played a role, too. The beef cow herd was still grazing a pasture that had been flooded during an unusually cool and wet summer and fall. One of the Holstein groups was housed in a bedded pack that was extremely wet and manure-filled. While many intestinal germs thrive in warm weather, Yersinia pseudotuberculosis prefers wet, cold conditions. Therefore, its growth can outstrip that of other germs on cold wet pastures or bedded packs during cooler times of the year, such as fall and early winter.

Fortunately, certain antibiotics have been effective in treating sick animals on the affected farms. Since no vaccine exists for Yersinia infections, prevention has to focus on other methods. While wet pastures might be hard to avoid in certain areas at certain times, keeping bedding clean and dry will diminish the environmental growth of this germ. Taking steps to decrease draining illnesses such as pneumonia will also help cattle to avoid this opportunistic germ.

It appears that these Yersinia infections can occur in conjunction with unusually wet, cool weather. The disease should be kept in mind when cattle with these clinical signs appear during the fall and winter. Anytime this or any other illness is suspected in your cattle, producers should call upon their veterinarian for assistance. 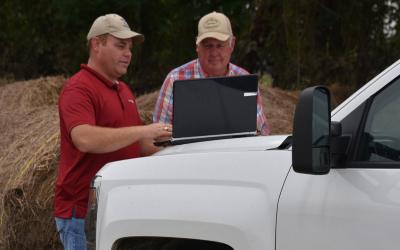 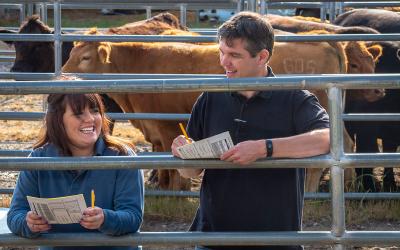 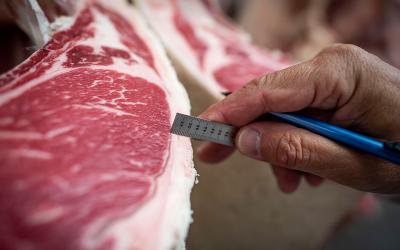