Cool season vegetables can be planted when soil is dry enough to work in the spring and based on soil temperatures. The general recommendation is that cool season vegetables can be planted between 2-4 weeks prior to the date of the average last spring frost. In a normal year in South Dakota, the last frost is generally expected, depending upon location in the state, anywhere between Mother’s Day and Memorial Day. To find out the average last frost date in your area, visit South Dakota State University’s Climate and Weather website. This handy website shows average last frost dates recorded by reporting stations from around the state.

Radish, spinach, lettuce, onions and peas germinate when with minimum soil temperatures of at least 40 degrees Fahrenheit, measured at 4-in. deep. Much of South Dakota had been experiencing soil temperatures in the 40-degree range as of March 22, with the exception of the Northwestern corner of the state that was still measuring 38-degrees. Regularly updated soil temperatures from around the state can be found at the South Dakota State University Climate and Weather website.

Cool season crops such as spinach, radishes, lettuce and kohlrabi are generally able to reach a stage where they can be harvested in less than 60 days. They are often replanted in mid-summer for an additional fall harvest.

Crops such as beets, carrots, cauliflower, parsley, parsnips, potatoes and Swiss chard are considered semi-hardy vegetables that grow with a minimum daytime temperature that is consistently between 40-50 degrees Fahrenheit. These plants are less tolerant of a frosty night and should be planted outside 0-2 weeks before the date of the average last spring frost.

Some Master Gardeners are reporting they have spinach, romaine lettuce and peas up and growing in their gardens already, but note they are prepared to cover the plants if the temperatures dip. If spring changes its mind and temperatures really dive, there is always an option to replant the cool season vegetables later. 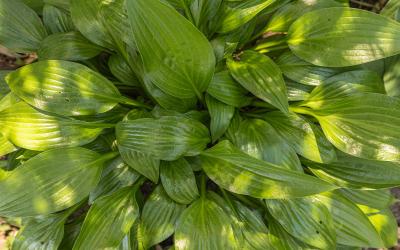 Hostas, known for their foliage and love of shade, have developed into a coveted landscaping staple. Learn how to select, plant and grow a hosta that's right for your garden or landscape! 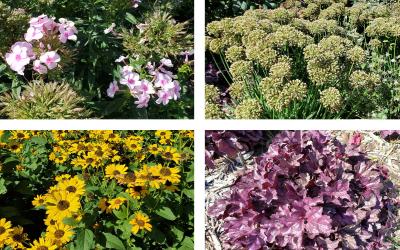 2021 McCrory Gardens Trials: A Look Back at Top-Performing Perennials

Are you looking for new ideas of what to grow in your garden? Let’s take a look at the six top-performing perennials as judged during the 2021 growing season at McCrory Gardens! 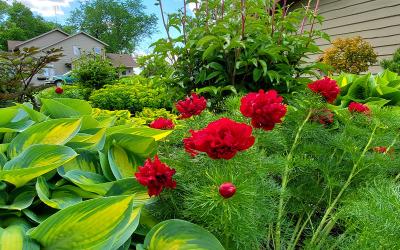 Dividing Perennials in the Spring

Many beautiful perennials are hardy to South Dakota. Dividing perennials is an easy, inexpensive and reliable way to propagate your favorite perennials and keep them growing for years.