Can You “Make” a Cow Deliver Better Colostrum?

Cattle producers and veterinarians are aware of the large body of evidence clearly pointing to the benefits of colostrum for baby calves. As such, much attention has been given to the “intake side” of the equation (the calf’s side): how to ensure a calf consumes an adequate amount of high-quality colostrum.

But what about the “production side” of colostrum – the cow’s side? What interventions could be made within the cow herd to improve the quantity and quality (concentration of immunoglobulins) of colostrum produced?

Perhaps the most important cow aspect of colostrum production is late-gestation nutrition. Cows with a body condition score of 5 or 6 at calving tend to produce more and higher-quality colostrum compared to thinner cows (< 4). Depriving cows nutritionally in late gestation will not consistently result in lower antibody concentration in her colostrum. Nutritional deprivation, however, may affect the quantity of colostrum the cow produces. Providing adequate levels of trace minerals also improves immunoglobulin concentration compared to cows on mineral-restricted diets. On the other hand, there is some evidence that over-conditioned cows produce colostrum with lower immunoglobulin concentration. The bottom line is that maintaining cows in a moderate to good BCS at calving, along with providing adequate levels of trace minerals, will enable cows to produce plentiful, antibody-rich colostrum.

Can cattle breed influence colostrum production? In general, differences among beef breeds don’t significantly influence colostrum immunoglobulin concentration. However, it’s not a stretch to understand that some breeds – and individual animals – are better milk-producers than others. Heavier-milking breeds and individuals produce more colostrum but of lower immunoglobulin concentrations. For beef breeds, these cows tend to produce a higher overall mass of antibodies available to the calf. In addition, cows of some breeds are more efficient at moving antibodies from their bloodstream into their colostrum. In addition, cows that produce higher-fat milk produce higher-quality colostrum. We are not near a point where we can select cows for better colostrum production, but producers should at least be aware of differences between individuals, even within a breed or herd.

Parity of the mother influences both the volume and quality of colostrum. First-calf heifers produce colostrum in smaller volumes as well as lower immunoglobulin concentrations. Studies in dairy breeds indicate that the antibody concentration of colostrum increases with each successive pregnancy until a cow’s third calving, after which it levels off.

Vaccinating cows in late pregnancy has long been recognized as a method to improve colostrum quality. Cow vaccination against scours pathogens may not increase the overall level of immunoglobulins in a cow’s bloodstream (and therefore the level in colostrum), but it will increase the concentration of immunoglobulins specific to those agents vaccinated for. Cattle producers should work with their veterinarian to choose the optimal product and timing.

Environmental conditions surrounding the cow in late gestation have not been well-studied for their effect on colostrum production. Evidence exists, however, to suggest that heifers undergoing heat stress produce colostrum with lower immunoglobulin levels compared to heifers housed in cooler environments. Therefore, colostrum quality may be yet another reason to prevent heat stress, particularly in fall-calving herds. It’s also widely accepted that the organisms to which a cow is exposed influence the antibody profile of colostrum. Colostrum from cows brought in from different locations in late gestation may contain antibodies to different infectious organisms than are present in the cow’s new location.

Other cow-related factors might not directly influence colostrum, but definitely affect the calf’s ability to nurse promptly and adequately. Poor udder conformation (e.g. dropped teats) make it difficult for newborns to find the udder and nurse. Mastitis acutely affects colostrum production while the associated pain and discomfort may discourage the cow from allowing the calf to nurse. Mothering ability has been shown to significantly affect immunoglobulin levels in calves after they consume colostrum. Finally, calving difficulty due to any reason may result in calves that are slower to stand and nurse, and more likely to suffer from acidosis, delaying immunoglobulin absorption. Culling practices that focus on retaining females with well-constructed udders, good mothering abilities, and calving ease will positively affect colostrum production, as well as many other parameters within the herd. Prompt and appropriate intervention for dystocia cows will also indirectly help colostrum utilization within the herd.

It may not be possible to determine how well an individual cow will produce colostrum before she calves. But stacking the deck in her favor with appropriate nutrition and care will help ensure you’re giving her – and her calf – the best chance possible. 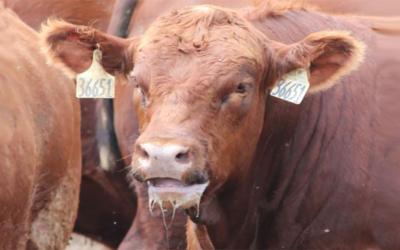 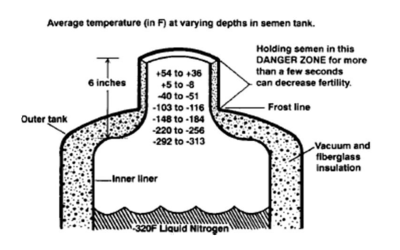 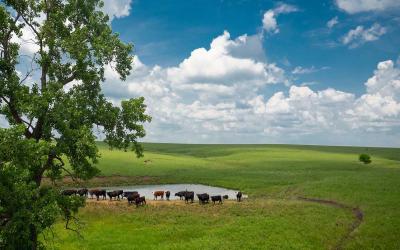