As a mosquito-transmitted virus, West Nile Virus is usually thought of as a summertime problem. While it’s true that in South Dakota, most West Nile Virus cases occur during August, new human infections are detected well into September in most years. A retrospective of South Dakota West Nile Virus epidemiology revealed that 17% of cases from 2001-2011 occurred after August 31. In recent years, cases have even been observed in October.

The seasonal pattern of West Nile Virus infection in South Dakota reflects the presence and activity of its vector, Culex tarsalis. This mosquito species is prevalent throughout South Dakota, preferring to feed on birds and people. As the summer progresses, their feeding preference shifts more towards people, making late-summer barbecues and football games a prime focus for them. Human cases of West Nile Virus have been detected in all 66 counties in South Dakota, over all age groups and ethnicities.

Most people exposed to West Nile Virus show no signs of illness, as evidenced by serologic studies that find people have developed antibody responses in the absence of sickness. However, 1 in 5 people infected develop West Nile Fever, and 1 in 100 go on to a more severe neuroinvasive disease – 10% of those cases are fatal. Symptoms of illness occur 2 to 15 days after a bite from an infected mosquito. This makes it possible that people could develop symptoms after mosquito activity has stopped in the fall. West Nile Fever is characterized by fever, body aches, headache, rashes, and swollen glands – symptoms that could be caused by a number of illnesses. People with those symptoms should see their healthcare provider. While there are no specific cures for West Nile Virus infections, supportive care may be necessary in some cases.

More importantly, people should still be vigilant against mosquitoes right up until our first killing frost. Perhaps the best line of prevention is to use insect repellents when it’s necessary to be out at night, in addition to wearing long pants and long sleeved-shirts. While many communities have mosquito-spraying programs in place through the summer and early fall, property owners can do their part to reduce mosquito habitat by getting rid of sources of standing water.

West Nile Virus is a fact of life during South Dakota summers. However, realizing the threat also persists into the early fall will mean people can take steps to prevent these later infections. 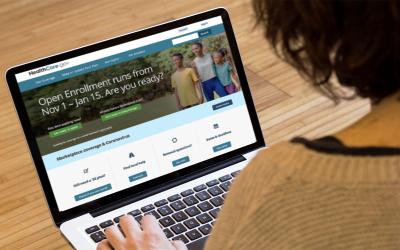 The Health Insurance Marketplace allows consumers to complete a streamlined application to determine qualification for coverage under different health care plans. Learn some tips for getting started during the open enrollment period of November 1 through January 15. 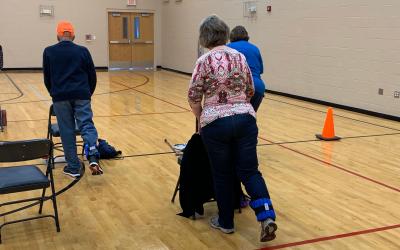