When controlling grassland weeds, the mindset of row crop weed control may be put into practice too often. In most cases, broadcast control of weeds in grasslands is rarely necessary. Most often, spot treatment can be used more effectively to manage the noxious and invading weeds. Often, noxious and invading weeds are only in a few areas and do not require the whole grassland to be sprayed. Grasslands typically have about 80% of their biomass as grass, 15% as forbs (broadleaf plants), and 5% as shrubs. For more information on non-chemical options to control weeds in pastures, view the article “Cows Eat Weeds.” 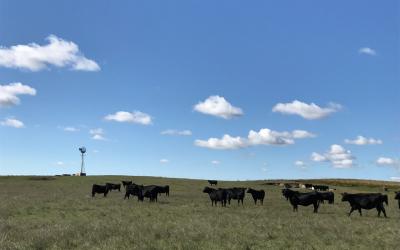