Selling Fish at a Farmers Market in South Dakota

Understanding the regulations for selling fish at the farmer’s market can be difficult to navigate through with the numerous regulatory bodies in South Dakota such as the Department of Health, Department of Agriculture, FDA, Animal Inspection Board, Games and Fisheries, and more. This article was developed to address some of the questions around selling fish at the farmer’s market and to ensure that seller’s may be well informed to ensure they are selling fish that meet regulatory requirements as well ensuring the product is safe.

Catfish taken from the Missouri River and its impoundments by licensed hoop net, trap and setline licensees may be sold, bartered, or traded directly to an end consumer (SD Rule 41:07:08:04 - Selling Catfish) and may be sold at a farmer’s market. Within the borders of South Dakota, local or state government has the authority to regulate the sale of catfish. The United States Food and Drug Administration (USFDA) has jurisdiction over catfish that are sold across state lines. A sales tax license may be required by the South Dakota Department of Revenue (SDDOR) to do so.

Rough fish may also be sold within state lines. In SD 41-14-29 Sale and Transportation of Rough Fish Permitted law it states that, “Sale and transportation of rough fish permitted. Rough fish legally taken, acquired, and possessed may be sold or transported or both, within or without the state unless otherwise provide by law.” To understand the difference of game fish and rough fish SD 41-1-1 (13) states, “Game fish: all species belonging to the paddlefish, sturgeon, salmon (trout), pike, catfish (including bullheads), sunfish (including black bass and crappies), perch (including walleye and sauger), and bass families. All species not included in the game fish families are rough fish."

In general, game fish cannot be sold except if they are catfish taken in the Missouri River and its western tributaries by licensed hoop net or set line fisherman. Even though game fish are not allowed to be sold at a farmer’s market, there are regulations that allow for game fish to be sold through hatcheries.

Game fish raised by a licensed private hatchery operator may also be sold at the hatchery (41-6-39 Private Fish Hatchery License--Privileges Granted--Violation as Misdemeanor) as long as a private fish hatchery license is issued by the Department of Game, Fish and Parks to maintain and operate a fish hatchery. Fish propagated at such hatchery or any other licensed hatchery may be sold. Also, in South Dakota law 41-6-40 Fishing Caught a private fish hatchery licensee may with the permission of the secretary of game, fish, and parks, allow the purchaser of fish propagated or held in a hatchery to fish for them in any private pool located on the hatchery and to remove and transport the fish while in possession of a receipt or proof of purchase so caught and purchased from the licensee in accordance with rules adopted by the Game, Fish and Parks Commission. Lastly, in South Dakota Law 41-6-41 Fishing License not Required to Fish in Private Hatchery. No license is Required for the Privilege of Purchasing and Catching Fish Pursuant to 41-6-40 a fishing license is not required to catch fish at a hatchery.

Food inspection requirements regarding the sale of any fish to stores or restaurants are required by the South Dakota Department of Health. The South Dakota Department of Health (SDDOH) prohibits the wholesale of wild caught catfish to grocery stores, restaurants, or other commercial outlets unless it originates from an approved source. South Dakota food code (based off FDA code) defines “approved source” as acceptable to the regulatory authority based on a determination of conformity with safe food manufacturing and processing methods. This typically means that for raw animal/fish product, the Department of Health looks for marks/stamps on packaging or on the bill of lading to verify the product is commercially processed under an inspection program.

The FDA states that fish processors are to register with FDA, follow 21 CFR 123, implement HACCP and that restaurants/retailers should assure that their fish suppliers have complied with these requirements. The FDA code also does allow recreationally caught fish to be prepared and served at restaurants. The fish must be approved by the regulating authority (i.e. South Dakota Department of Health). However, the DOH requires that fish which are recreationally caught be prepared and served only to the party(s) that caught the fish and not to be considered as an approved source to be supplied to the general public when selling to stores or restaurants.

All sales outside of the aforementioned laws are a misdemeanor as captured in SD 41-14-25.

If you do decide to sell and distribute rough fish in compliance to South Dakota law at a farmer’s market, it is important to ensure that you are transporting and storing fish safely. If fish are to be sold at a farmer’s market, they must be kept and stored at refrigerated temperatures. The Seafood Health Facts provides guidance that fish should be kept below 40F and cooked within 2 days. The fish would than need to be cooked at an internal temperature of 145F for 15 seconds to ensure all pathogens and parasites are killed. 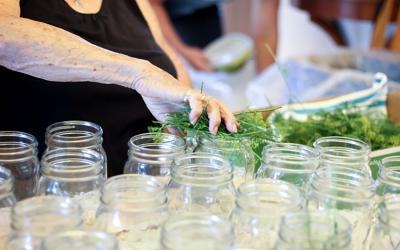 Kitchen safety during preservation is just as important as using a safe, evidence-based preservation method. Kitchen cleanliness can affect the safety of the preserved product. 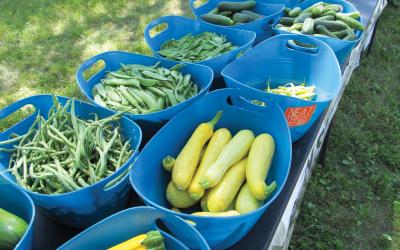 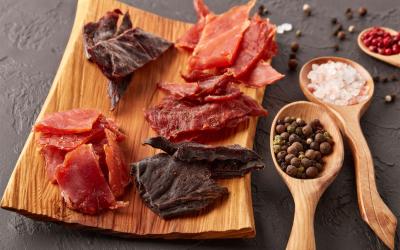 Making jerky is a great way to enjoy a variety of meats for months to come! It requires no refrigeration and can be made from any lean meat, such as beef, pork, bison and venison.