One of the questions that I receive most often is whether or not a perishable food that has been left out in ambient temperatures can be re-heated and eaten safely. The general public assumption is that if a food is either microwaved, put in an oven, or heated up in another manner is that it will be safe for consumption. However, this is not a good or a safe assumption to make when deciding to eat food that has been left out for an extended time.

Foods may become contaminated with pathogenic organisms that can cause illness or injury. There are two types of foodborne illnesses that may result from these microorganisms. The first illness is a foodborne infection which is caused by the ingestion of food containing live bacteria which grow and establish themselves in the human intestinal tract. The second type of illness, which I’ll discuss in more detail, is a foodborne intoxication which is caused by ingesting food containing toxins formed by bacteria which resulted from the bacterial growth in the food item. In the case of a foodborne intoxication, the live microorganism does not need to be ingested, but rather the toxin that the microorganism produces. The rate of growth of bacteria in a food can be influenced by several characteristics which may include temperature, oxygen, pH, salinity, nutrients, water activity, and more. The more desirable the conditions for microorganism growth which can lead to toxin production by the pathogenic organism.

There are several organisms that can cause foodborne intoxication. One of the most prevalent organisms that produces a heat stable toxin is staph aureus. Staph aureus is very common and can be found in soil, water, and air, and on everyday objects and surfaces. The toxins can cause nausea, stomach cramps, vomiting, and diarrhea with an onset of symptoms within 1 to 7 hours. Outbreaks have been linked to cases where there has been improper and frequent handling and/or when foods were not kept at proper refrigerated temperatures below 40° F. Foods that have been linked to this poisoning include meat and meat products, poultry and egg products, salads, tuna, chicken, potato, macaroni, bakery products, cream pies, and milk and dairy products. The CDC estimates that there are approximately 241,188 illnesses, 1,064 hospitalizations, and 6 deaths each year. In an article published in the Journal of Food Protection, it was found that different enterotoxins were destroyed at different times and temperatures. For example, one enterotoxin was completed inactivated at 100° and 120°C in 90 and 30 minute heating period and another enterotoxin which was more heat stable was completely inactivated in 60 min at 120°C. These temperatures and times would never be reached in a residential home setting, and thus, the toxin would not be inactivated.

Another organism that produces a heat stable enterotoxin is Bacillus cereus and other Bacillus species. Bacillus cereus can be found in a variety of foods which include meats, milk, vegetables, fish, rice products, potatoes, pasta, pastries, soups, sauces, salads, and cheese products. The symptoms can include watery diarrhea, abdominal cramps, and vomiting with onset being from 0.5 hours to 15 hours. One of the most important ways to protect against this foodborne illness is to keep your food refrigerated at 40°F or lower. The CDC estimated that there are around 63,400 cases of this foodborne illness annually. In a study that was published in Trends in Food Science & Technology, it was found that emetic toxin (cereulide) is heat stable up to 121°C (250°F) and if stored at improper temperatures for several hours before serving (>41°F (5°C) for cold food; <135°F (57°C) for hot food), hazardous concentrations of bacterial cells or toxins could develop prior to consumption.

Another organism that produces a heat stable enterotoxin is clostridium perfringens. Clostridium perfringen illness, in most cases, is caused by temperature abuse of cooked foods where small numbers of the organism are present after the food is cooked, and then germination of the spores occurs which can survive high heat and can multiply rapidly depending on the temperature and food matrix. Meats (especially beef and poultry), meat-containing products (e.g. gravies and stews), and Mexican foods are important vehicles for C. perfringens. C. perfringens can also be found on vegetable products, spices and herbs, and in raw and other processed foods. The onset of symptoms can occur within 16 hours and symptoms can include diarrhea, mild abdominal cramps/distension, vomiting, and patchy necrosis of the small intestine. The CDC estimates that around 965,958 cases occur annually. Although the toxin is more heat labile, or susceptible to destruction, it is likely that the heating step within residential may be insufficient to destroy the enterotoxin and thus prevent a foodborne sickness.

In summation, it is important to understand that food which is adulterated or contaminated with pathogens can produce a heat stabile enterotoxin. A few organisms that were discussed include staph aureus, clostridium perfringens, and bacillus cereus. The foods that become contaminated with these organisms may not be safe to eat after it has been subjected to temperature abuse. The thermal application needed to destroy the heat stabile toxins will most likely never be attained in a residential setting and could be considered unsafe. In application, if you have left a perishable food item that is left at temperatures between 41°F-140°F for several hours , it would be best to throw the food away and avoid the chance of getting a foodborne illness. Additionally, this also reinforces the principle of refrigerating perishable foods as soon as possible to decrease the likelihood of microorganism growth in food. 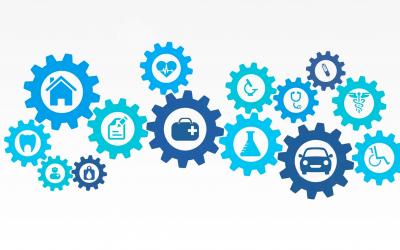 Not sure where to start when purchasing insurance? Find out the basics of how insurance works, what it covers and what types are available. 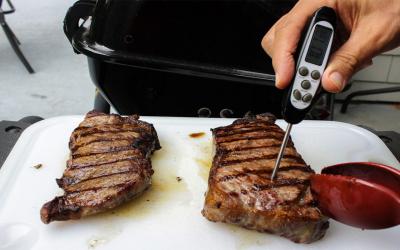 With the first taste of warm weather comes the itch to get out and grill! Before you fire up the grill this season, here are a few reminders on grilling and food safety. 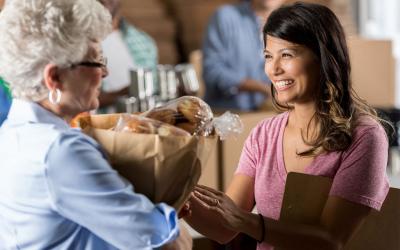 Interested in donating some of your slightly flawed food products to a food drive? View some food safety tips and donation considerations for food manufacturers in South Dakota.