Flowering shrubs require pruning to look their best. Forsythias and spireas, both noted for their bountiful sprays of blooms lining every cane, may gradually be reduced to a few sporadic flowers if these shrubs are not routinely pruned. This does not necessarily mean annual pruning but this task should be performed at least every two to three years since flowering occurs on the younger wood. Pruning not only benefits flowering but can also enhance bark color for shrubs with colorful canes. The dogwoods, prized for their vibrant red or yellow canes, can become thickets of gray stems if pruning is neglected since the younger canes have the brightest colors.

Most shrubs arise from multiple canes, which are long, relatively unbranched stems. The best means of maintaining an attractive and natural appearance to these shrubs is to prune with heading cuts. This is a type of pruning cut that stubs off the cane at about 2-inches above the ground. These heading cuts result in the formation of numerous new shoots that arise just below the cut and quickly grow as long canes. The heading cuts should be made cleanly and straight across the cane; cutting at an angle is not necessary.

While shrub pruning is accomplished by heading cut, the number of canes removed may varies depending on the objective. If the shrub is overgrown, almost choked-out by an excessive number of canes and flowering poorly, all the canes can be pruned out, a technique referred to as rejuvenation pruning. Rejuvenation pruning can be done every dormant season for low-growing summer-flowering shrubs such as Bumalda spireas and Potentillas. Overgrown shrubs, regardless of size or flowering time, can be pruned in this manner as well. However, pruning a 15-foot common lilac to 2 inches will mean forfeiting flowers for several years while the plant recovers. Loppers are the best tools to make these cuts as the long handles provide the leverage to cut through thick canes, however, on small canes, those less than 1/2-inch in diameter, a hand-pruner may be used.

If the plant is not overgrown, then renewal pruning can be applied. Renewal pruning involves removal of about 1/5 to 1/3 of the oldest and largest canes by heading cuts. If this task is performed annually, than over a three to five-year time period, the entire shrub will be completely renewed. The season to do renewal pruning depends whether the shrub is spring or summer flowering. Spring-flowering shrubs should be renewal-pruned right after they finish flowering. Summer-flowering shrubs should be pruned during the dormant season.

The following are two lists of shrubs by blooming time. 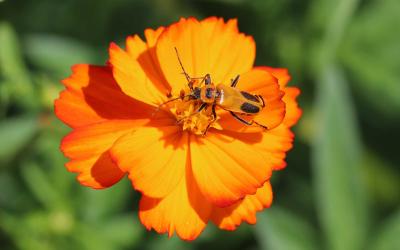