Have you been noticing parts of your soybean field turning yellow much earlier than you were expecting? Are some of the plants stunted or showcasing a roller coaster appearance? Soybean cyst nematode (SCN) may be to blame.

SCN (Figure 1) is a silent, yield-robbing pest found attacking the roots of South Dakota soybean plants, oftentimes without showing any above-ground symptoms and resulting in up to a 30% yield loss. SCN has been detected in 34 South Dakota counties (Figure 2).

SCN management starts with sampling your soil to determine the presence or absence of this nematode. A positive SCN detection requires the adoption of an integrated management approach that includes planting resistant cultivars, crop rotation with non-hosts, and the use of nematicide seed treatments, especially for fields where SCN egg counts are high (>6,000 eggs/100 cc of soil) (Figure 3). A periodic SCN soil test is also needed to monitor the SCN population in the field. An increase in SCN numbers would indicate the methods being used are not working efficiently, and therefore, would call for change in tactics.

To take a soil sample for SCN testing, use a soil probe or spade to obtain 15 to 20 soil cores 0 to 6 inches deep, targeting field entrances, low spot areas, consistently low-yielding areas, and along the fence line. Soil underneath soybean rows should be targeted. Bigger fields should be divided into 15-to-20-acre parcels, and each parcel should be sampled alone. Fields which will be planted into soybeans the next growing season should be tested for SCN, so an appropriate SCN-resistant cultivar can be selected.

After you obtain your soil cores from your sampling area, you will want to mix those cores together, as you only need to submit a pint of soil for nematode analysis, being sure to label each sample. Repeat this soil sampling process as many times as necessary to obtain soil samples from targeted areas or from each 15-to-20-acre parcel in the field.

SCN testing is free of charge for South Dakota soybean producers, thanks to the South Dakota Soybean Research and Promotion Council. A soil sampling information sheet must accompany the soil samples for SCN analysis.

Soil samples for SCN analysis can be sent or dropped off at:

About the SCN Coalition

The SCN coalition is a partnership between universities, soybean checkoff and private scientists to share information about management strategies of SCN to farmers across 28 U.S. states (including South Dakota) as well as Ontario, Canada. The coalition was formed to help farmers understand why it is important to manage SCN and protect yields, since the nematode population has adapted to the resistance from PI 88788, which is used in ~95% of commercial SCN-resistant varieties of soybean. For more information, visit the SCN Coalition website. 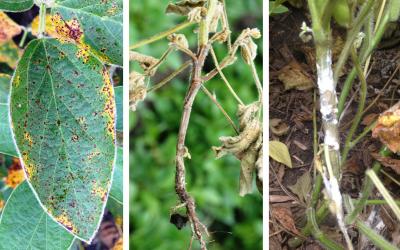 Even though it has been hot and humid this summer, some soybeans around the state have seen ideal conditions for mid-to-late season disease development. Learn some common diseases to scout for. 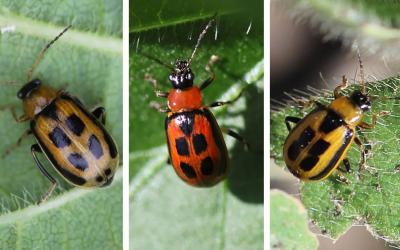 We have been observing an increasing number of bean leaf beetles active in soybean during the last week. See our latest observations and management recommendations. 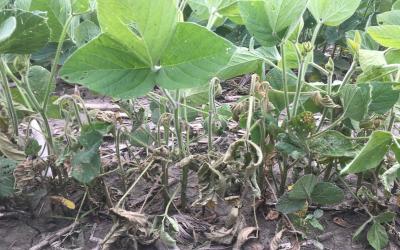