Heterosis and its Impact

Dr. Robbi Pritchard compared replacement females to corn farming in a recent producer meeting. His point being grain farmers don’t plant conventional corn when there are hybrid varieties that offer greater production potential, so why are we trending toward largely straight-bred cow herds and passing on the benefits of heterosis? This point provided the stimulus to revisit the topic and discuss the usefulness of heterosis along with breed complementarity.

Breeds are complementary to each other when one breed excels in certain traits the other breed does not and vice versa. If a successful mating is chosen the resulting progeny offer greater levels of performance in more traits than their straight-bred parents (Weaber and Spangler, 2013). Essentially, one would be using the strengths of one breed to offset the weaknesses of another (Gosey, 1991). Weaber and Spangler (2013) provide an example of the usefulness of breed complementarity in terms of matching cattle genetically to their environment and the resulting progeny to the marketplace. In the situation of a herd composed of crossbred Angus-Hereford cows mated to a Charolais bull, the crossbred cow offers the maternal capability along with carcass quality advantages while the Charolais bull will increase growth and carcass yield of his progeny. Thus, the maternally focused cow is a good fit for her environment and the high-growth calf can bring greater value to the marketplace.

There are a variety of breeding systems that can effectively capture the benefits of heterosis. To better illustrate these systems and their advantages see Table 1 below. The improvements in production associated with heterosis are substantial, which raises the question of why cross-breeding is not more widely adopted? One conclusion is that some of these crossbreeding systems do not fit a common-sense ranch management plan (Gosey, 2005). The average herd size in the United States is 40 cows (USDA, 2018) which creates a barrier for many producers where herd size is limiting their ability to utilize a crossbreeding system. Furthermore, management of breeding systems where multiple breeding pastures is required poses another obstacle. Another limiter, in an attempt to produce cattle that fall within the parameters of branded beef programs, many producers have trended toward straight-bred herds (Gosey, 2005).

The shortcoming of operating with largely straight-bred cows is it overlooks the advantages of crossbreeding resulting in the cumulative effect of heterosis being lost. If the cows are crossbred, every animal on the ranch is impacted by heterosis, which is a value that can be captured every year regardless of how the calves are marketed (Weaber, 2015). The added value due to heterosis is not subject to change like other branded beef programs, which makes the “premium” for heterosis very impactful. 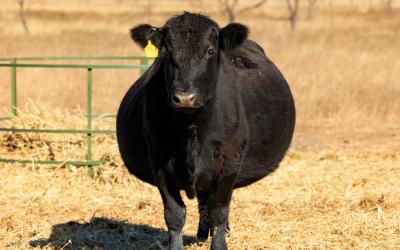 Drought poses many challenges to the beef cow herd. Nitrates in feed is one of the challenges that producers need to be aware of, especially in the reproductive herd. 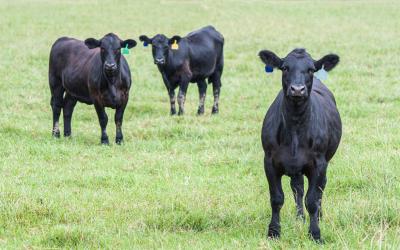 One of the most-important traits in the beef herd is reproduction. Any female that ends up open at the end of the year is costing the operation additional money. Strategic management decisions should be made within the reproductive herd to help maximize revenue. 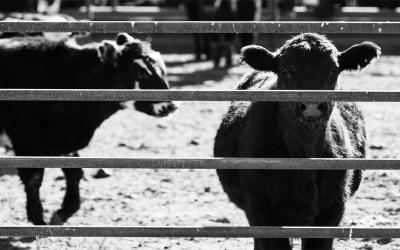 With increasing amounts of cows being sold at the sale barn with reproductive years left, there are some precautions to be aware of prior to bringing females home to re-breed.