Goss’s Bacterial Blight Beginning to Show Up in Corn

Goss’s bacterial blight was found in a few corn fields scouted the week of August 5, 2019 (Figure 1). The severity ranged from low to moderate, where at least 25 percent of the leaf area was killed by the bacteria infection on several plants.

The disease is characterized by long, tan-gray lesions with wavy margins found in the center of the leaf or along the edges of the corn leaf blade (Figure 2).

A closer look at the lesions reveal dark green to black, discontinuous, water soaked spots (freckles) in the margin of the lesion (Figure 2). These lesions can coalesce forming larger lesions. When these “freckles” are observed against the light, transparent spots can be seen. When the bacteria infects seedlings early in the season, Goss’s wilt results.

The Goss’s bacterial blight inoculum comes from infested corn residues (roots, stems, leaves) and also from several other hosts including grain sorghum, green foxtail, barnyard grass, shattercane, large crabgrass, and others. Goss’s bacteria spread is through rain splash but can also be carried by high winds for a considerable distance. The bacteria enters any part of the corn plant through wounds and natural openings. Infection is favored by rainy weather especially where high winds, hail and sand blasting occur. Hot and dry weather conditions slow infection and the progress of the disease. 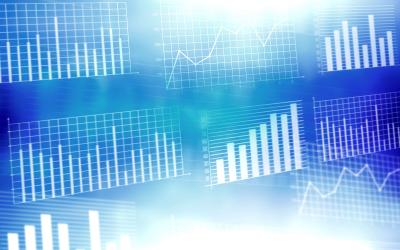 An Excel based spreadsheet for corn, soybean, spring and winter wheat producers. 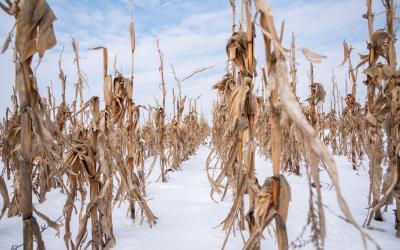 The January 2020 South Dakota Crop Progress Report indicated four percent of S.D. corn acres remain in the field. Given the record rainfall of 2019, current snow pack levels and the 3-to-6-month precipitation forecasts, farmers will likely be dealing with a wet spring in 2020, thus making the removal of those acres important but hard to accomplish. 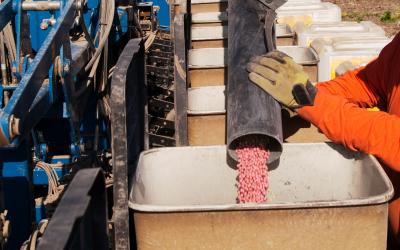 If the forecast holds true, it looks like it is going to be another year of excessive soil moisture and possible flooding come this spring. The increased level of soil moisture has implications with regards to plant stand establishment as well as root rot and nematode infestations.