A January thaw can feel really good, a welcome but likely short-lived break from the extreme winter cold and snow. But, even if it is freezing outside, we can still garden inside. One of my favorite groups of plants are the succulents and one of my favorite succulent plants is the aloe. You are probably already familiar with the Aloe vera which is often called the medicine plant because of its use in soothing burns and other skin irritations and it is even available as a juice! I like Aloe vera and appreciate it when I think to use it on a burn but the jelly-like stuff in the leaves is pretty smelly and I don’t think I want to drink it! Even if you don’t want to use it for burns, it is an attractive plant to just grow for fun too.

Most aloes are from northern Africa, the Arabian Peninsula and Egypt. They take the place of the Agaves that we have in our desert southwest and see in landscapes in Mexico. They are mostly stemless, have fleshy leaves that are often serrated, some with a row of spines along the edge. Usually those spines are fairly soft so they are not going to hurt you if you brush up against them. The typical Aloe vera is a pretty good sized plant, often growing about a foot tall and wide. You will probably have to grow it in an 8-10” pot so it may not fit on your windowsill very well. There is a smaller version of the plant that has creamy-white spots on the leaves, often sold as Aloe vera ‘Chinensis’. It grows about ¼ the size of its bigger relative so it will fit nicely on a sunny windowsill in your kitchen, where you may need it for a burn someday.

There are many other kinds of aloes. Another of my favorites is Aloe ferox, called the ferocious aloe. This is an appropriate name because the spines along the edges of the leaves are stiffer and numerous, so needs a little more respect but it is still not likely to poke you unless you really bang into the spines. It grows a bit taller than the Aloe vera and has stiffer leaves and a bit more of a stem as it ages. You will need a good sized, heavy pot to contain it.

Aloe variegata, called the tiger aloe or partridge-breasted aloe is another smaller sized plant that has lovely rows of creamy white spots along the leaves. It is one of the more striking aloes. It too is very easy to grow on a sunny windowsill. It is also one of the more free-flowering of the aloes. Usually a couple times a year it will send up a flower spike about 6” tall that will have 20-30 peach colored, tubular flowers. The plant will often set seed too, so you can collect the seed when the triangular, bulbous fruits turn tan and open up. The other Aloes flower too but usually only once per year. Aloe vera and A. ferox can have a 3-4’ tall, branched flower stalk with hundreds of flowers when it gets to be an older plant. Keep in mind that if you want your aloe to flower, it will have to get plenty of sun, otherwise it will just have leaves.

Hybrid aloes are also becoming more common. You can sometimes find them in garden centers and the big box discount stores in the spring. Most of these are smaller plants that offer interesting leaves, textures, colors and flowers. Keep in mind that even though you might find some of them in a local greenhouse, they are not winter hardy here, but can be grown outside during the summer. They also need a potting soil that is well-drained and should not be grown in a container that does not have a drainage hole or be allowed to sit in water in a saucer. They can tolerate drought and go without water for a few weeks at a time since they are a succulent plant. They could probably even survive an extended winter getaway from the cold and be just fine when you return. 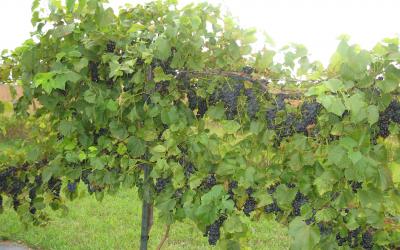 Are you thinking of starting your own vineyard? This publication provides a brief overview of the issues you need to consider in determining whether grape growing might be a good fit for you. 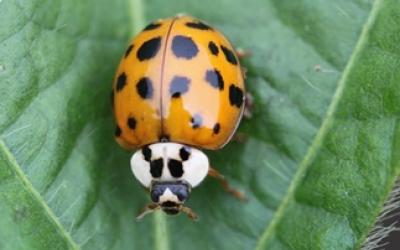 A guide for monitoring, properly identify, and promoting the growth of lady beetles. 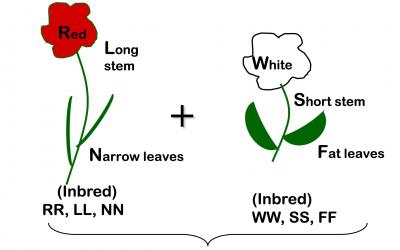 Saving Seed: Will the seed produce plants similar to the plant it was collected from?

It can be very rewarding to harvest and save seed of ornamental and vegetable plants. But why is it that sometimes when we plant the seed we saved, the results do not seem to be very like the plant we collected the seed from?