Grassland restoration is a common practice to restore wildlife habitat and ecological function to farmed landscapes. In South Dakota, grassland restoration can come in many forms, from common ‘program’ plantings that provide payments to landowners such as Conservation Reserve Program (CRP) projects administered under the US Department of Agriculture to highly diverse, multi-species plantings undertaken by wildlife agencies like the SD Department of Game, Fish, and Parks, the US Fish and Wildlife Service, or any number of non-government organizations (NGOs) interested in wildlife conservation. Although many of the grassland habitat restoration projects undertaken by wildlife organization occur on agency or quasi-public land, a great number of these projects also occur on private land.

Whether on public or private land, one thing all grassland restoration projects have in common is the threat of invasive species. The vast majority of these invaders (weeds) are not a significant threat to the long-term success of the restoration project if managed correctly and in a timely manner. However, a small subset of these weeds are designated as noxious. These noxious weeds are legally classified as such because they have proven to spread easily, are difficult to control, and can have a significant and adverse economic impact to agricultural enterprises.

One of the most prolific noxious weeds in South Dakota is Canada thistle (Cirsium arvense). In 2018, Canada thistle was officially reported in 57 of South Dakota’s 66 counties with over 185,000 infestations occupying an estimate 1.5 million acres of pasture, range, non-crop, and cropland combined (Figure 1). While these reported numbers are only ‘best guesses’ derived primarily from county weed inspectors, the numbers are reflective of the general profile of this prolific invader that is of concern to many landowners and agricultural producers.

Canada thistle is a common invader in grassland plantings and is most often believed to be present in the soil profile. Canada thistle has proven persistent with viable seeds that remain in the soil for several years. It is not uncommon for thistle to germinate in fields that have been farmed with intensive agricultural practices that include tillage and chemical treatments pointing to the ability of the seed to remain viable for an extended period.

When Canada thistle germinates in grassland plantings it can be a source of contention. Landowners and agencies can invest a significant amount of money in the establishment of highly diverse grassland plantings that include expensive pollinator seed. When Canada thistle appears, given a legal obligation for ‘control’ it is often assumed that spraying with chemicals is the only viable option. Often neighbor complaints and obligatory involvement of county weed inspectors can escalate a Canada thistle issue and force a chemical application that be expensive, ineffective, or that compromises the health of the other species that are desirable in the planning.

At the site level, Canada thistle can be controlled through a variety of integrated pest management (IPM) tools, with a variety of mechanical, chemical, cultural, and biological controls proving effective. However, at large landscape-level scales, Canada thistle has largely proven to be a weed that cannot be eradicated in any practical sense, and thus options to learn to live with this plant are often explored. Some practical approaches to long-term control of Canada thistle include well-timed livestock grazing, biological control, and increasing competition from desirable plants.

Over the past decade, researchers and land managers from a variety of organizations have experimented with controlling invasion of Canada thistle in planted grasslands through increasing competition from desirable plants. Specifically, these researchers planted seed mixes that ranged between 23 and 39 different species of native plants, however, they added 3-5 selected native broadleaf plants (forbs) at a much higher seeding rate into the seed mix to provide intense competition for Canada thistle. The forbs were selected on practical measures of availability, cost, seeds per pound, quick establishment characteristics, and ability to be competitive with thistle. Trials included ‘spiking’ these forbs into the seed mix at a rate of 3 to 10 times higher than the typical seeding rate for the forb species across several sites in the region.

Initial test results of the spike method show favorable results. After 6-7 years post-seeding, Canada thistle in the non-spiked plots averaged about 10% canopy cover while thistle in the spiked plots was around 5%. In addition, the forbs spiked into the mix at a high rate initially controlled the thistle through competition but ultimately did not overly dominate the plant community. Rather, overall plant richness and diversity were increased. While it is somewhat premature to suggest this method of spiking competitive forbs into diverse seed mixes to control Canada thistle will work in all cases, the results are very encouraging and may point to an approach that allows natural competition to control Canada thistle over expensive chemical treatments that often do not have long-term effect or that compromise the health of non-target and relatively expensive desirable native plants. 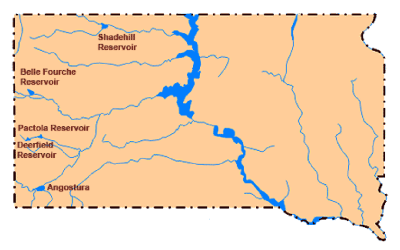