Peace lilies, or Spathiphyllum, are popular houseplants because they are generally easy to grow, have pretty flowers and can tolerate lower light levels. But lots of people do have problems with them. I would say that most of these problems relate to improper watering and fertilizing.

When you see older leaves on a plant turning yellow this usually means that the plant may be allowed to get too dry in between watering’s or the plant is in need of some nitrogen fertilizer. While overwatering is more common with houseplants, if you let them get too dried out and then don’t thoroughly saturate the root ball when you do water, they can get stressed out and start losing their lower or older leaves. I most often see this happening after you have been away from home for a trip or something and your plants got dried out and maybe wilted before you got them watered again. You might also notice that the tips or margins of the leaves are getting brown, especially during the winter months when the humidity is often very low. You may also need to repot your plant and put it in a larger container. Turn the plant upside down and tap on the pot to loosen it so you can remove it. If you see the roots are tightly packed around the outside of the root ball, it is probably time to move it to a larger pot.

Nitrogen deficiency can be quite common in some plants too. The usual symptom is the lowest and oldest leaves turn yellow. This happens because the plant will relocate nitrogen in older leaves to the more vigorously growing younger leaves. That is why the oldest leaves are the ones that usually show the nitrogen deficiency first. Just cut off the yellow leaves at the bottom, where they attach to the plant, they won’t green up again anyway. Then pick up some houseplant fertilizer and apply it according to the label directions. If a plant is growing in low light, it won’t need much fertilizer so probably just half rate will be fine. If the plant gets some sun or higher light, apply at full strength or more frequently. 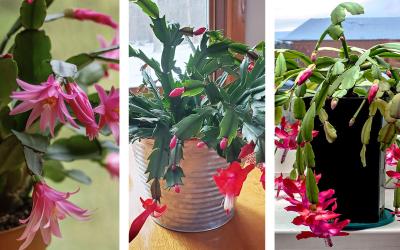 A Cactus for Every Holiday: Caring for This Popular Indoor Plant 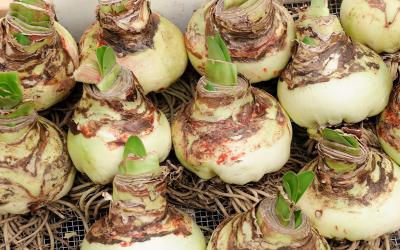 Caring for Amaryllis From Bulb to Bloom

Amaryllis are beautiful, flowering bulbs that are easy to grow and can brighten up your home during the dark days of winter. This article offers some tips for purchasing and caring for them. 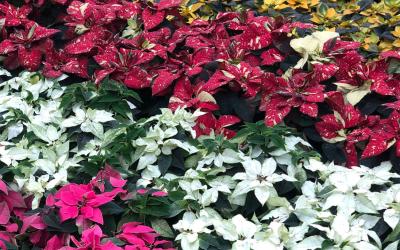 Poinsettias: Selecting and Caring for the Most-Popular Holiday Plant

With the holiday season already underway, garden centers, floral shops and popular retail chains are full of poinsettias. Learn some tips for selecting and caring for them in this article.