The alfalfa weevil has four larval instars, with the first being the smallest larvae and the fourth being the largest larvae. The later instar larvae will consume additional leaf tissue, which results in increased defoliation. As a result, management would ideally be done while larvae are still in the first and second instar growth stages.

Based on current degree day accumulations, overwintering alfalfa weevil adult activity within the next will be likely throughout most of South Dakota.

In the areas around Rapid City, Hot Springs, Cottonwood, Mission, Pierre, Winner and Tyndall, it is possible that larvae activity and early feeding may be observed in alfalfa fields (Figure 1). Scouting should be conducted in fields around those locations to monitor for weevil larvae activity. 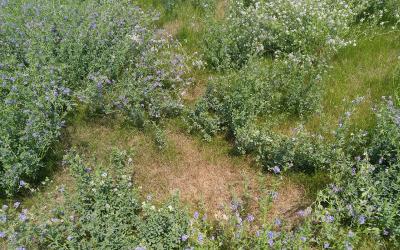 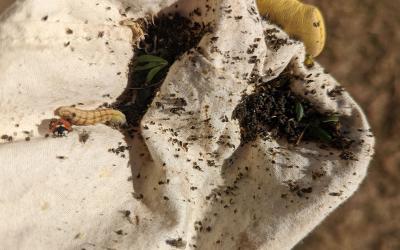 In southeast South Dakota, we are observing large cowpea aphid populations in alfalfa. Large populations can reduce yields, and, if left unmanaged, these infestations even kill the plants. 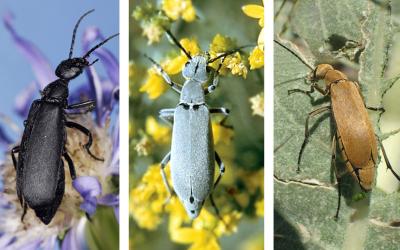 Blister beetles have been spotted in several alfalfa fields in South Dakota, which means it’s time to start scouting to determine how many are present.