During the last week, most of South Dakota accumulated enough degree days for alfalfa weevil larvae to be active. At this point in the season, all alfalfa fields should be scouted weekly to ensure that large populations of alfalfa weevils do not cause excessive defoliation. The forecast for the next week will continue to be favorable for the development of alfalfa weevils.

The alfalfa weevil has four larval instars, with the first being the smallest larvae and the fourth being the largest larvae. The later instar larvae will consume additional leaf tissue, which results in increased defoliation. As a result, management would ideally be done while larvae are still in the first and second instar growth stages.

Scouting should be conducted in fields around those locations to monitor for weevil larvae activity. Activity and life stage may vary from this prediction. 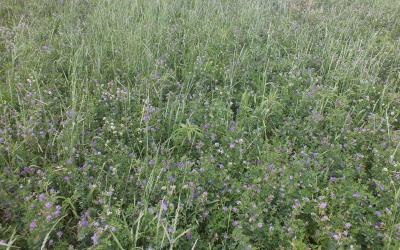 The Nitrate QuikTest for Forages is available at various SDSU Extension locations and veterinary clinics across the state and is designed to be used with standing forages prior to harvesting for hay or grazing. 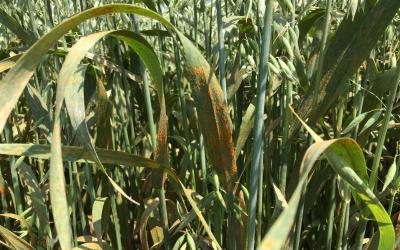 Crown rust continues to be the most economically damaging and important fungal diseases of oats in South Dakota. Learn how to recognize and manage it in oat fields this growing season.