If you were to ask most people what their favorite vegetable is, they would probably say tomatoes but I bet there are quite a few people out there, like me that would rate sweet corn right up there at the top. It is pretty easy to grow, providing you have the room for it; there are dozens of varieties to choose from; and it has few insect or disease problems. One disease that is fairly common is corn smut (Ustilago maydis).

Smut is a fungal disease that can attack the leaves, stalks, tassels, silks and cobs. While many fungal diseases cause spots on the leaves or stems, smut is much more flamboyant. What might start out as small spots soon grow into big mass that will weigh down a corn tassel or turn what was a nice big cob into a blackening grotesque mess. When smut occurs on a cob, it forms kernel-like tumors that can grow to an inch or more in size. The tumors contain spores that can be spread by rain or wind. Disease severity is often worse during dry years because the powdery spores are spread with blowing dust or soil particles. Infection can occur at any time but requires free moisture to be present on the plant for several hours. Corn silks, tassels and leaf axils often hold moisture so they are likely sites of initial infection.

Initially the tumors have a white covering that will eventually turn dry and split open, allowing the spores to be released. Once released, the spores can travel great distances. Removing and destroying the infected portions of sweet corn plants before the tumors break open can reduce the chance of spread but it must be done several times over the course of the growing season. Infection can still occur from old spores from last year of from a neighbor’s garden or corn field. Planting rotation can also help but since the spores spread so easily it may not help much. Using drip tape or ooze hoses for irrigation can help reduce disease problems since it keeps the foliage dry. Selecting smut resistant varieties is also helpful. Fungicidal treatments are generally not effective.

While most people do not want to find smut in their garden or even find it disgusting, some people consider it a delicacy, prepared as you would some types of mushrooms. You will most likely find Huitlacocheis, the name of this unusual dish, on menus in Mexico where it is considered to be delicious by many. Corn smut is actually higher in some nutrients, like lysine and beta-glucens, a type of fiber - the same as that found in some cholesterol fighting whole grain foods, than the sweet corn itself. If smut is going to be eaten it is harvested while the tumors are immature and have not yet turned black. 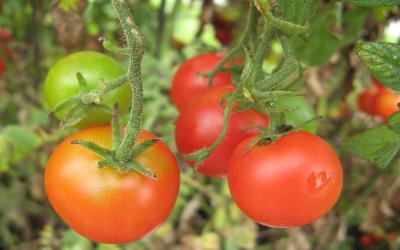