Drought has touched every corner of South Dakota the past few years, but nowhere more so than the northwestern portion of the state. West of the Missouri River, the United States Bureau of Reclamation (US BOR) manages five different reservoirs in South Dakota: Shadehill, Belle Fourche, Pactola, Deerfield, and Angostura from north to south (Figure 1).

Each of these reservoirs are managed for a variety of purposes, which may include wildlife and fish propagation, irrigation, recreation, flood control, as well as industrial and municipal use. While at full pool, all of these uses are easily met. However, during a severe drought, water service contracts, such as those for irrigation and municipal use, do take priority over others such as recreation.

During South Dakota’s current drought, the two most impacted BOR reservoirs include the Shadehill Reservoir in Perkins County and the Belle Fourche Reservoir in Butte County. These reservoirs were at 60.2% and 76.3% of their capacity respectively (Table 1) on April 5. But after two spring storms in mid- and late-April, the reservoirs have seen improvements.

According to the National Weather Service (NWS) Rapid City overview, the first storm “…brought blizzard conditions to Montana and North Dakota, as well as far northwestern South Dakota, on April 12-13, 2022 (Figure 2). There was a very tight gradient of snowfall amounts, with around a foot of snow across the North Dakota/South Dakota border, to only 1 to 2 inches near Faith and Belle Fourche, and little to no snow accumulations farther south.”

While the moisture was needed, the systems were severe with blizzard conditions occurring from multi-day, strong-gusting winds across the area. The storms came during calving season, causing small to substantial loss of livestock. Inflow to both the Shadehill and Belle Fourche Reservoirs is ongoing, and pool elevations continue to slowly rise. But more significant precipitation may be necessary to fill the reservoirs to capacity. 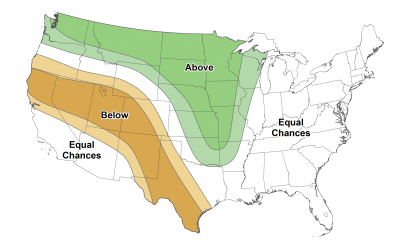 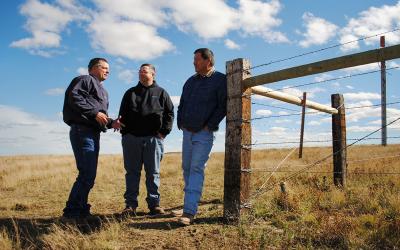