By Lura Roti for the South Dakota State University (SDSU) College of Agriculture, Food and Environmental Sciences and the SDSU College of Education and Human Sciences.

BROOKINGS, S.D. - Inspired by what they learned through 4-H, when working on a project around the Reich home or ranch, a question the family frequently asked was, “is this fair-worthy?”

A mother to four, Reich served as a 4-H leader for 40 years and remains an advocate and volunteer fundraiser for the organization. Recognized for her volunteer efforts and service to the community, Reich was named the 2022 Eminent Leader in Agriculture, Family and Community by the SDSU College of Agriculture, Food and Environmental Sciences and the SDSU College of Education and Human Sciences. She will be recognized during an honoree banquet Jan. 28, 2022, and her photograph will go up in the Eminent Leader Hall of Fame Gallery, which can be viewed at https://www.sdstate.edu/eminent-leaders-honorees. It joins more than 350 portraits of Eminent Leaders.

Reich became involved in 4-H when she and her husband, Tim, returned to her hometown of Belle Fourche in 1978. Shortly after they moved into Reich’s family home, a childhood friend invited them to join Valley View 4-H Club. Reich quickly signed them up.

“We desired solid friendships for our children - here we were bringing teens and pre-teens to this community for the first time,” said Reich of their now-grown children: Mark Todd Reich (deceased), Heather Heckmann, Angela Reich and Holly Main.

A stay-at-home mom, Reich saw benefits beyond friendship in 4-H involvement. “One day I mentioned to my mother that I should be doing more for the community, and she said, ‘Ree, you are raising citizens for your community.’ I thought about that so many times over the years. As a parent, you don’t just raise children, you raise citizens. 4-H raises citizens through various ways, such as public speaking, service to community and learning by doing,” Reich said.

Reflecting on this and many conversations with her parents, Ruth and David Richards, Reich credits them with instilling in her integrity and a desire to give back. “I had great examples in my wonderful parents,” she said. “They taught me to be a volunteer. You have to be taught to give back. That’s what my parents did. That’s what 4-H does.”

In addition to serving as a 4-H leader of Valley View 4-H Club, Reich also served as a 4-H county and state judge and still serves the board of the Western Family Consumer Science Show.

Even after retiring as a 4-H leader, Reich remains an active advocate. In 2017, she helped launch the Redwater Youth Leadership Fund. One hundred percent of donated dollars go to fund 4-H youth scholarships to cover expenses so Butte and Lawrence County youth can participate in national leadership opportunities. The organization’s main fundraiser is a pitchfork fondu hosted during the Butte Lawrence County Fair.

“In her youth, our daughter, Holly, qualified to go on several national trips. Those opportunities changed her perception of where she could go in life. They gave her so much insight,” Reich explained. “This fund helps provide similar experiences to other youth.”

In addition to 4-H, music is another way Reich gives back to her community.

“Growing up, there wasn’t anything I ever wanted to do but teach music, and I was spoiled enough to get do that,” Reich said.

She holds a Bachelor of Arts degree in Music from the University of Wyoming, but becoming a homemaker was her career of choice.

For more than 40 years she has helped with church services at the Belle Fourche long-term care facility, played French horn in the Belle Fourche Cowboy Band, shared a weekly Bible study in their home and has given many gallons of blood. For many years she sang with a volunteer group called Mixed Company, and now she directs a senior choir in Spearfish.

“Volunteerism is a bit of selfish act,” Reich said. “We all know that when we volunteer, we receive more than we give.”

To purchase tickets to attend the 2022 Eminent Leader Banquet held on the campus of SDSU, Jan. 28, 2022, contact the Office of the Dean of Agriculture, Food and Environmental Sciences at 605-688-4148 or email angela.loftesness@sdstate.edu. 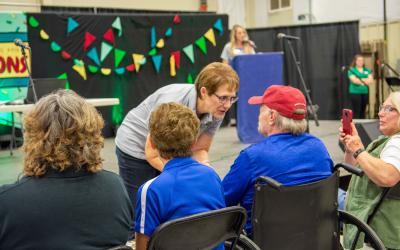 SDSU Extension’s 4-H Youth Development Program is celebrating South Dakota 4-H volunteers during National Volunteer Week, April 17-23 by thanking them for their time and dedication to the program. 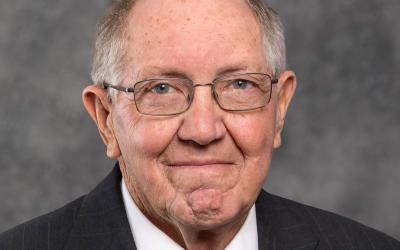 Throughout his life, Lawrence Vander Wal has made time to give back, serving on boards of the First Reformed Church of Volga, Volga Christian School, East Central Irrigation and Brookings County, while also serving as the State Chairman of the Farm Bureau’s Young Farmer and Rancher board. 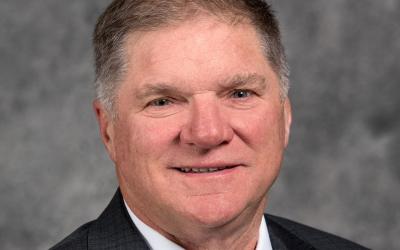 Over the years, Laron Krause's family, local church and many South Dakota agriculture commodity groups have benefited from the time Krause willingly shared.