Forecast Highlights: High temperatures today and tomorrow will be in the 80s statewide. Moderate Northwest winds are expected today, with light/variable winds tomorrow. Minimum RH will range from 20 to 30%. Temperatures will warm into the 80s/90s tomorrow, with 90s and some low 100s likely on Thursday. South to southeast winds are expected Wednesday, but a weak front will move into the state Thursday. Winds will be southerly ahead of the front and northwesterly behind the front. Minimum RH will range from 15 to 25% on Wednesday, and from 10 to 25% on Thursday. A couple of showers/thunderstorms are possible Thursday night. Friday and Saturday will likely see highs in the 80s/90s, while Sunday warms back into the 90s to lower 100s. Minimum RHs will stay below 25%, driest on Sunday. Winds should generally remain below 25 mph through the period.

Potential for Critical Conditions: Hot and dry conditions are expected this week, but a lack of wind will keep conditions from being critical.

Herbaceous fuels throughout most of South Dakota are green, and fire behavior would be minimal. Southwestern South Dakota (Fall River and Oglala Lakota Counties) along with eastern Pennington County south of Wasta are the exception. Wheat fields are curing and would carry fire. The 1000-hour fuels are at or below average for this time of year. Fires in the timber fuel models could pose some resistance to control, especially if wind and slope come in alignment. With the hot temperatures forecast for later in the week, fuel moistures should decrease significantly. 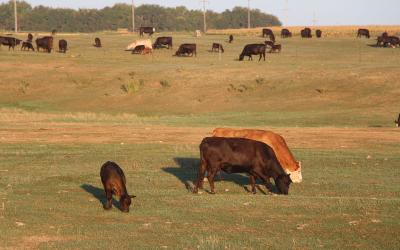 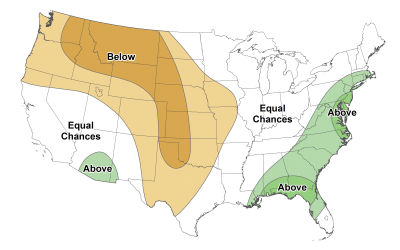 On May 19, the NOAA’s Climate Prediction Center released their temperature and precipitation outlooks for June and the summer season ahead. See a full report of what to expect for the summer of 2022.