The goal of most producers’ book keeping system are to: Pay the bills and reduce income tax payments. While paying bills is good, and there may be nothing wrong with limiting the amount of income tax paid, there are many challenges caused by this approach.

Taxes are based on a cash basis, i.e. what was spent the current year. However, cash accounting does not provide information on what the true expenses on an enterprise production level were.

The Schedule F is also filled out in an effort to keep the producer in the lowest tax bracket possible, so some crops may be held for sale in the following year, inputs may be bought under “Pre-pay” situations and depreciation through the use of section 179 or other bonus depreciation sections are used. These efforts all increase the expenses, compared to income received for that year. The problem with using only cash accounting is that it masks financial issues during low profitability years. During low profitability situations, family living expenses will be paid with cash by:

The Schedule F cannot provide insight into the financial situation of the operation. It does not provide information regarding changes to inventory, true depreciation, deferred sales, prepaid expenses and other information that can be found on an income statement and through accrual accounting.

Through accrual based accounting methods, producers can determine the “True Profitability” of their operation. Accrual accounting matches the expenses for inputs with the income from the product grown through their use. Agriculture accrual accounting adjusts revenue by first subtracting revenue from prior year production and then adding revenue earned, but not yet received from the current year’s production. Similarly, expenses are adjusted by subtracting the expenses from prior year production paid this year and adding expenses that have been incurred but not paid yet. To summarize, the agriculture accrual accounting method includes all income actually produced during the accounting period, whether sold or not. In addition, it includes all expenses incurred during the accounting period, whether they have been paid or not.

The Jones and Smith farms have identical Schedule F figures and economic depreciation. However, this year the Jones farm had a great year and their inventory increased by $100,000; and the Smith’s had a bad year with drought induced low yields plus hail on what did grow, so they had to sell old crop, causing an inventory decrease of $100,000.

Without adjustments for inventory changes, these farms may make management decisions that negatively affect their operation as neither of them have an accurate income figure to work from. The Jones Farm, with their undervalued NI may not take advantages of equipment upgrades, land acquisitions, retirement savings, or other decisions that would help their operation grow. On the other hand, the Smiths may consider their positive NCI as a good year, and not evaluate ways to make production improvements for the future, or worse, spend the income when they really do not have it available to spend. 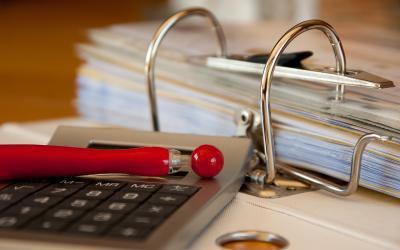 Consistent record keeping will allow for accurate ratios and trend analysis. While operations will change, grow, or contract, having a standard operating procedure will allow for analysis and decision-making. 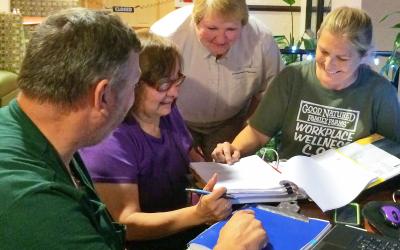 The financial crash of the 1980’s has been attributed to changes in producer’s balance sheets, due to a decline in land prices. After this time, a two-column balance sheet was developed to help prevent that type of balance sheet collapse from occurring in the future. 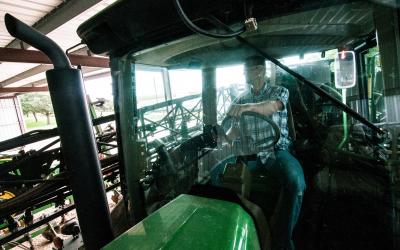 Bookwork, The Missing Management Component: Depreciation Determination and Use

Another component of determining net income is depreciation. This is one component of the Schedule F that many understand the least. Typically, the most use it gets is to minimize income tax through accelerated tax depreciation under section 179.