Due to health concerns surrounding the COVID-19 pandemic, a public ceremony was not held this year during the 2020 South Dakota State Fair in Huron. Instead, there was a display honoring each individual in the Nordby Exhibit Hall, and there are plans in place to honor the inductees publicly in 2021.

“In 4-H, we focus on ‘inspiring youth to do’ through hands-on learning, community service, and leadership experiences,” said Tim Tanner, SDSU Extension State 4-H Program Director. “These volunteers have demonstrated the community impact that a lifestyle of ‘doing’ can achieve. The 4-H program relies on the investment of caring volunteers just like these five honorees, and we sincerely appreciate their service.”

Patricia Casteel has dedicated 27 years as an active leader to Meade County 4-H. At age 9, she joined the Bear Butte Valley Girls 4-H Club in 1960 and enjoyed three years in the program until she had to leave to help her family on the farm. When her son was old enough to be in 4-H, Casteel joined as a leader in the late 1980's. She became the administrative leader of Nine Mile Guys & Dolls and has been active with the exchange program and the Meade County Fair. Casteel and her husband, Jerry, a local auctioneer, have been managing the livestock auction at the fair since the 1980's. The 2019 Meade County Fair was dedicated to the Casteels for their many years of dedication and service. Casteel is currently on the Meade County Fair Board, and has also assisted her 4-H club with fundraising at the Men's Diner at the Black Hills Threshing Bee for the past 16 years. Her favorite part of 4-H is watching all the youth grow into leaders and seeing how their projects and skills improve over time, which inspire the youth and their parents.

“I became a leader when my son became a 4-H member,” said Casteel. “We were living in town and I knew how important 4-H was to the making of a good citizen and asset to our community,”

Calvin Finnesand has worked with youth in Roberts County 4-H Shooting Sports for 30 years. He began teaching a BB gun safety program for two years and quickly became instrumental to the success of the program. Finnesand became certified as a shotgun instructor, then as an archery instructor just a year later. Throughout the years, he has spent countless hours instructing thousands of youth and has enjoyed watching his students improve and excel in their sport. Finnesand has procured funding for the entire program to purchase equipment and supplies, and has traveled to events across the state with the youth to encourage and praise them.

The archery and shotgun program is very important to Finnesand – above all, his goal is to teach the youth safety and the ability to believe in themselves to be the best they can be. Additionally, he is dedicated to helping the youth build their confidence and set and achieve their goals. The youth in the program enjoy seeing him walk into the building for competition and they instinctively know that he believes in them and is rooting for them .

Patty Joy (Hoar) Brunner began her 4-H Career at age 8 with the  Cheyenne Rangers 4-H club in western Fall River County led by Ed Benton. From being a member to serving as a 4-H leader, Brunner has been involved in every phase of 4-H activities for over 64 years. Throughout that time, her favorite projects have been beef calves and horses. Additionally, she currently serves as a club leader and member of the Pennington County Advisory Board.

“I do not ever remember a time in my life without 4-H, except during my college years,” said Brunner. “My sister and brothers were members and I was totally excited when I became old enough to be a member and recite the pledge with others. My mother and oldest brother were leaders at different times – 4-H was the time of family social interaction with others, and I learned so much. We were encouraged to enroll in a variety of projects so sewing, baking, some gardening, and, of course, livestock rounded out enrollment. Livestock included beef (mostly feeders for us), sheep, and my favorite project – horses. At that time, citizenship, leadership, recreation, health and grooming, safety, and community service were all considered activities.”

Margaret Williams has dedicated two evenings a week, year-round, to the Clay County Dog Show 4-H program for over 20 years. She has helped dogs and youth to be more confident both in and out of the show ring. Williams has such a love for both the dogs and the youth participants and uses positive reinforcement training to encourage them. Both the youth and their dogs love her teaching methods, as she purchases hotdogs with her own money to use at practices, as well as star stickers for the youth to track their weekly progress. Williams has always been the participants’ biggest cheerleader in all aspects of their lives. When the youth do something amazing at school, church, or a sporting event, she is in attendance, commenting on Facebook, recognizing their accomplishments, and showing her support. She teaches them to look at every little improvement instead of just the big picture, which helps them to learn patience with training their dogs.

Williams became a 4-H member in Michigan at age 9 and participated as a member of the Oakland County Dog Club. At age 16, she became a member of the Oakland County Horse Club, and remained an active member in both clubs until aging out of 4-H at 19 years old. After she graduated college and got married, Williams and her husband, Frank, moved to Vermillion, South Dakota in 1993. In spring 1994, she volunteered helping the leaders of the Clay County Horse Club at practices from time to time. In 2005, the Vermillion Dog Club was in need of a leader and Williams volunteered. Since that time, she has led the Vermillion Dog Club engaging graduated members as co-leaders and equipping current members to teach new members the basics of dog training and agility under her watchful supervision. Williams believes when she gives club members a chance to lead, they grow into confident, compassionate, community leaders. 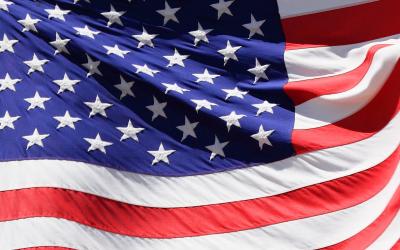 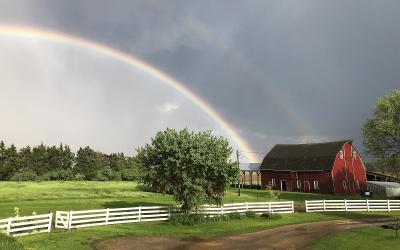 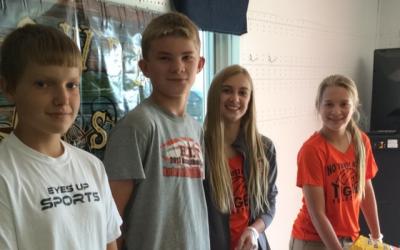 As South Dakota citizens continue to practice physical distancing, South Dakota 4-H is gearing up to provide youth across the state with an opportunity to learn, create and develop skills virtually with their peers through the South Dakota Summer Adventures program.