“I am so excited to make connections with dairy farmers and consumers in the upcoming year, to tell the story of dairy and to welcome others into the dairy community that has so warmly welcomed me,” Paskewitz said.

The junior from Browerville will serve as the official goodwill ambassador for nearly 3,000 Minnesota dairy farm families during her yearlong reign. She is the daughter of Alan and Vicki Paskewitz.

Paskewitz grew up being involved on her uncle’s dairy farm and showed dairy cattle with her cousins. She also served as a dairy ambassador and dairy princess, worked on several dairy farms and competed in dairy quiz bowl.

“I realized I loved telling the story of dairy and I looked for more avenues to be able to do so,” Paskewitz explained.

“Her selection as Princess Kay is a clear recognition of her leadership as an individual and in the industry,” Mistry said. “She is an active member of the SDSU Dairy Club and we are proud to have her as a student at SDSU.”

Candidates for Princess Kay are selected through an extensive process. In early summer, 12 finalists are selected each year from among approximately 84 county princesses throughout Minnesota based on their knowledge of the dairy industry, communication abilities and enthusiasm for dairy. The 12 finalists make appearances at public relations events throughout the summer and the new Princess Kay is coronated the evening before the Minnesota State Fair begins.

Several other SDSU students have also received the honor of being finalists in the past, including Abby Hopp, Margaret Socha, Makaila Klejeski, Chelsea Schossow and Sarah Post. Kyla Mauk was named Princess Kay of the Milky Way in 2016.

Paskewitz’s first official duty as Princess Kay was to have her likeness carved in a 90-pound block of butter on the opening day of the Minnesota State Fair. Each of the other 11 finalists also have the honor of being carved in butter.

Midwest Dairy sponsors the Princess Kay program, which is funded by dairy farmers through their promotion checkoff. 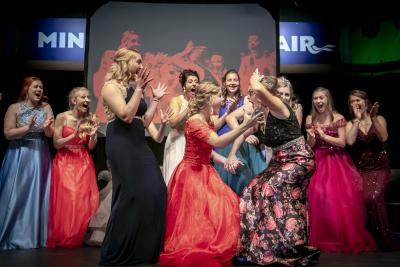 65th Princess Kay of the Milky Way contestants at the Minnesota State Fair on Aug. 22. 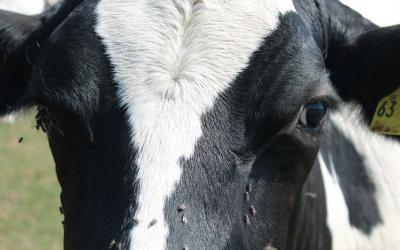 Fly control on dairies is an important pest management consideration that impacts the bottom line by affecting overall animal productivity and health. 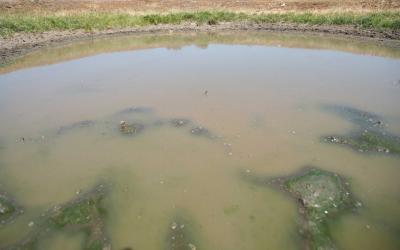 South Dakota Livestock producers are encouraged to test their water sources as poor quality water is leading to blindness in some herds.