BROOKINGS, S.D. - Nausea used to overcome Mud Butte rancher, Larry Stomprud when he needed to lead a meeting, speak before a group or to a 4-H livestock reasons taker.

"I hated speaking in front of people, but I was forced into it because of positions I was elected to or my competitive nature," Stomprud says.

Thankfully, the President of South Dakota Cattlemen's Association eventually overcame the feeling; because today, in his current leadership role, Stomprud meets with congressional leaders and others representing nearly 1,000 of the state's cattle producers.

"Also, a lot of not having those kind of nerves today when I talk to my Congressman or woman, is the fact I know and believe in what I am talking about," he says of advocating for issues and policy on behalf of cattle producers. "Life experience also helps."

4-H livestock judging is one of the many life experiences Stomprud, 69, credits with helping him achieve a more comfortable relationship with public speaking.

"It's a little difficult to separate 4-H from all the rest of things - FFA, college, grade school programs, declam competitions, military teaching experiences - but, when I look back, one of the things that sticks out in my mind is the critical thinking skills and the ability to express those through oral reasons, that I got from livestock judging," Stomprud explains.

Growing up on a cattle ranch in rural South Dakota, Stomprud says 4-H was a family tradition. "My Grandfather (Lawrence Ingalls) was a 4-H leader for years and years and years. When I got to be 4-H age, it was a natural thing to become a member. As simple as that."

He explains that his family is a "competitive lot." And, 4-H livestock judging was the competition of choice. "We like to win. We did our best to be first. In order to be first, you had to get as many points as you could - that includes giving oral reasons," he says. "There were five of us and my sister, Elaine, who is 18 months younger than me, is probably even more competitive than me, so we had a friendly competition in livestock judging going."

In 1963, Stomprud was on the winning Meade County 4-H livestock judging team at the Western Junior Livestock Show in Rapid City, earning the opportunity to judge at the National Western Livestock Show in Denver, Colorado.

"I made lifelong friends through 4-H. I still have friends I met on that trip," he says.

Cattle were always a passion for Stomprud, but circumstances weren't right for him to return to the ranch after he graduated from South Dakota State University in 1971 with a degree in Wildlife Biology.

He spent the first nine years after college working for S.D. Game, Fish and Parks. At one point he tried to return home to ranch, but for a number of reasons, the timing wasn't right, so instead, he accepted the opportunity to serve a tour in Germany (he was an officer in the S.D. Army National Guard).

One tour turned into multiple tours. Stomprud served more than a decade in Germany.

When Stomprud retired from the Army in 1995, the timing was right for him to come home.

"I always liked cattle and ranching. My dad, Calvin, was ready to cut back," Stomprud explained.

When he returned to the ranch, Stomprud says he knew it was important that he become involved in an organization that supported ranchers and South Dakota's cattle industry. So, he attended a S.D. Cattlemen's meeting. Impressed by what he experienced, he joined.

Service to others is another skill he credits to 4-H. "Officer positions were handed out and rotated around, so we learned parliamentary procedure and how to be a leader," he explained.

Throughout his life, Stomprud says his philosophy on service is best described in his favorite Theodore Roosevelt quote.

"Every man owes a part of his time, and money, to the business or industry in which he is engaged. No man has a moral right to withhold his support from an organization that is striving to improve conditions in his sphere." 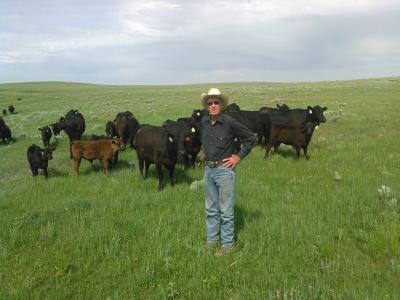 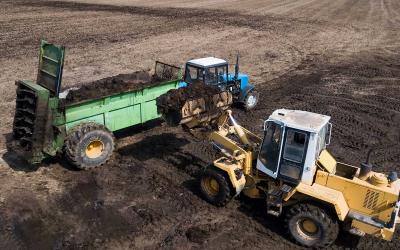 Summer Maintenance in Outside Yards

Spring mud and poor drainage are two of the biggest production drags associated with feeding cattle outside. Summer months represent an opportunity to address and correct any problems that might be present in open lots. 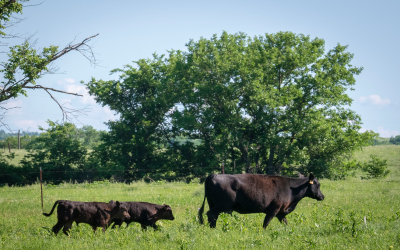 Recently, the South Dakota Grassland Coalition and SDSU Extension held workshops across the State focused on sharing information from experienced livestock producers who have switched to a calving date more in sync with nature.