A Place to Call Our Own: With Help from SDSU Extension's Marketing Hometown America Mt. Vernon Fills Housing Void

BROOKINGS, S.D. - When David and Dawnette Anderson were looking for a small town close to Mitchell to call home, they eagerly chose Mt. Vernon because of its school.

"It reminded us of the rural school we grew up in. The academics are great. Class size is small. And, if a student wants to play basketball, it doesn't matter how good or bad they are, they get playing time," explains David Anderson, father of two sons, who works in Mitchell as an electrical engineer and volunteers his time as a member of the Mt. Vernon City Council and President of the Mt. Vernon Economic Development Group.

Fortunately, when the Andersons moved to town eight years ago, they were able to find a relatively new home in their price range. Their son, Christian, enrolled in Mt. Vernon school and excelled for all the reasons his parents had hoped.

However, others looking to move to Mt. Vernon have not experienced the same success when it comes to finding a home.

"There were not many housing options in Mt. Vernon. And, if you were looking for an affordable, move-in ready home, there were not any available," Anderson explains.

Today, Anderson uses past tense to describe Mt. Vernon's housing situation, because recently, he and a group of engaged citizens have begun filling the housing void.

David Anderson, volunteers his time as a member of the Mt. Vernon City Council and President of the Mt. Vernon Economic Development Group. Working with SDSU Extension's Marketing Hometown America, Anderson, together with other community members, launched the volunteer-led Mt. Vernon Economic Development Group which to date has brought four new homes to the community. All of which have sold to young professionals and families returning to build their adult lives where they grew up.

In the last two years the newly established, volunteer-led Mt. Vernon Economic Development Group brought four new homes to the community. All of which have sold to young professionals and families returning to build their adult lives where they grew up.

Crediting guidance from SDSU Extension's Marketing Hometown America, Anderson says the program helped a dedicated group of citizens change the conversation from "our community is shrinking" to "what can we do to encourage revitalization?"

"Marketing Hometown America allowed us to identify what was important to our community, come up with a goal and clear direction forward," Anderson says. "It allowed us to ask for citizen involvement. We have an amazing group committed to this project."

Utilizing the Marketing Hometown America curriculum, Sherin trained Anderson and others to facilitate discussions among a diverse group of about 50 Mt. Vernon residents who volunteered to participate in the process.

Together, these citizens determined affordable housing would serve as a catalyst to encourage more young professionals and families to move to town. Which, in turn, would bolster the tax base and increase school enrollment - helping overcome two major concerns facing the rural community of just over 500.

"When you talk about marketing your town, it will not do much good if you get people interested in moving there, if there is nowhere to live," Sherin says.

The x-ray technician was ready to invest in a home of his own. He purchased a Governor's House from the Mt. Vernon Economic Development Group. With some help from his dad, he did the finishing work himself. Deinert built his kitchen island using reclaimed barn wood and antique pulls.

The group launched a fundraising campaign and started an Economic Development Group. With the first $12,000 raised, they purchased a plot of land and worked with South Dakota Housing Development to secure a Governor's House. Built by inmates, Governor's Houses are affordable, three-bedroom, two bathroom prefabricated homes that can be easily transported from the prison where they are constructed and placed atop a foundation or basement.

The timing couldn't have been better for Cameron Deinert.

At 23, the Mt. Vernon native was tired of renting and roommates. The x-ray technician was ready to invest in a home of his own.

Deinert had just moved from Rapid City to accept a position at Mitchell's Avera Queen of Peace, and he wanted to live in Mt. Vernon.

He explains that his roots run deep in the rural community. Both of his parents grew up nearby and he has fond memories growing up in the community. He still has friends in town.

"It's the people. I grew up hanging out with a lot of kids I still hang out with. We never stayed inside, we were all involved in all kinds of sports together," Deinert recalls. "And, because it's a small town, everyone knew who you were, so we tried to stay out of trouble."

It was this urge to return to his roots that motivated him to move just eight months into his first professional job.

"I don't regret my decision to move back home. Mt. Vernon is where I want to be. It's were I see myself staying," explains Deinert.

When he was ready to buy, there weren't any move-in ready homes in his price range so he talked with the Mt. Vernon Economic Development Group about securing one of the Governor's Houses. He and his dad helped with the finish work and in October, 2017 he became a homeowner.

"It is breathtaking coming home to something that is mine. I did most of the work on the inside with my dad," Deinert explains. "It is nice to know this house is mine and I don't have to worry about resigning a lease or wonder where I am going to live next year."

The young couple moved away after high school and started careers in Mitchell. When they had their first child, Haisley, 2, Alisha says they were ready to come home. The couple purchased one of the Governor's Houses brought to town by the Mt. Vernon Economic Development Group.

Like Deinert, Alisha and Jordon Frost returned to their hometown to build their life and family. The young couple moved away after high school and started careers in Mitchell. When they had their first child, Haisley, 2, Alisha says they were ready to come home.

"We didn't want Haisley going to school in Mitchell. We feel that this small town school will give her more one-on-one time with her teacher," says Frost, who runs a small in-home daycare.

Eager to buy a home, Frost says when they began looking in Mt. Vernon, there was nothing for sale - until a Facebook posting announced the local economic development group was listing a new Governor's House for sale.

"I like the open concept and the fact there are three bedrooms and a basement we can finish someday," says Frost, who will welcome their second child in March. "It's so nice to have some place to call our own." 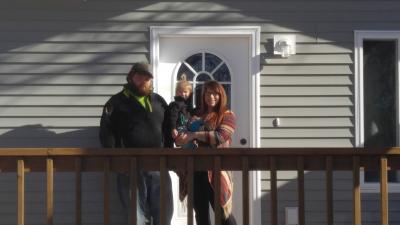 Courtesy image. Alisha and Jordon Frost returned to their hometown of Mt. Vernon to build their life and family. 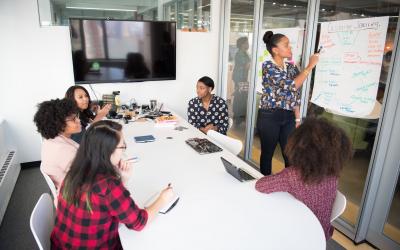 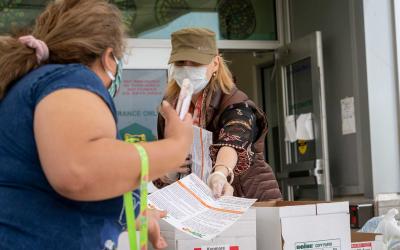 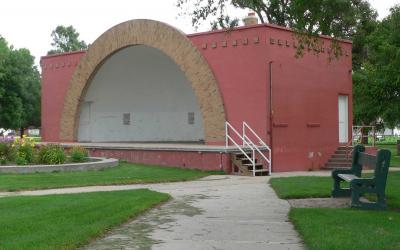 The Power of 10: Rural Considerations in Placemaking

When you think of a place that you enjoy, how many different types of engagement make that place valuable? Consider a park. You have the swing sets, the children’s area, a pool, perhaps a gazebo or small shell, the trees and environment. Is that enough for a quality space?