June 2019 Climate Outlook Not What Farmers Hoped For

BROOKINGS, S.D. – Spring weather is trying the patience of many South Dakota farmers as wet and cool conditions create planting delays across the state.

“For the last two weeks in May, there is high likelihood of some very wet systems moving across the state,” said Laura Edwards, SDSU Extension State Climatologist.

Edwards referenced the June 2019 Climate Outlook released May 17 by the National Oceanic Atmospheric Administration (NOAA) Climate Prediction Center. “Potentially, east central and southeastern South Dakota could see as much as 3-inches of rainfall over the next two weeks,” Edwards said. “June’s climate outlook favors both wetter and colder conditions.”

Edwards explained several climate computer models have been pointing towards this pattern for the summer, and consensus is getting stronger.

“For the summer months of June, July and August, the continuation of this cooler and wetter pattern seems more likely across South Dakota,” Edwards said.

The area that is favored to be cooler than average stretches north to south through the Central U.S., from the Canadian border to Texas. “Odds are leaning towards wetter than average conditions across almost all of the lower 48 states,” Edwards said.

The exceptions are the Pacific Northwest, Southwest, upper Great Lakes and Northeast and Southeast.

It comes as no surprise that this amount of rainfall, in combination with cooler than average temperatures, are not favorable for spring planting and crop progress for area farmers. Edwards said that the current climate outlook, combined with wet soils from last fall, near record snowfall over the winter and rain and cool temperatures this spring have delayed field work and planting.

“As of May 13, only 4 percent of the state’s corn crop was planted,” Edwards said, explaining that data from the last five years indicates on average, by mid-May in South Dakota, a little over half of the corn is planted.

“Wet soils are partly to blame for delayed planting, but cool soils have also challenged farmers this year,” she said.

The ideal soil temperature for planting and germination of corn is 50 degrees Fahrenheit. Eastern South Dakota just reached that benchmark around May 13-15, about 10 days to two weeks later than usual. “The cold temperatures May 17-19 brought soil temperatures down again into the mid to upper 40s for most locations,” Edwards said.

Winter wheat and forage production, however, have a more optimistic outlook.

“Most areas survived well over the winter, with good snow cover consistent through the season,” Edwards said.

She explained the snow cover protected winter wheat and grasses from temperature extremes and hard, spring frosts which can cause damage and reduce yields.

“Given the wet spring and the previous fall seasons, forage production is expected to be near, to above average, across the state this year,” Edwards said.

One concern with winter wheat and alfalfa may be disease, as the cool and wet outlook are also favorable for some plant disease. 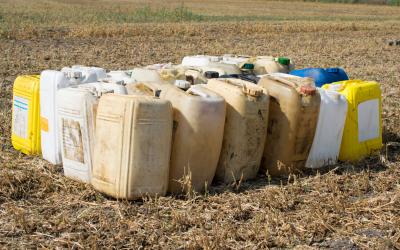 Due to office closures as a result of COVID-19, commercial pesticide applicator testing is currently unavailable at the SDSU Extension Regional Centers and county offices. 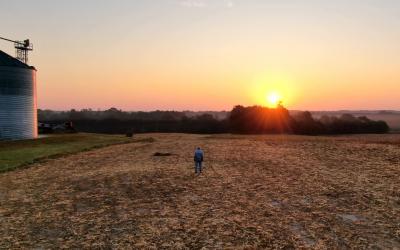 Being Proactive and Prepared During the COVID-19 Pandemic: Tips for South Dakota Farmers and Ranchers

Are you prepared to be gone from your operation for a month? 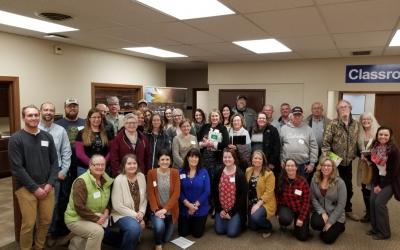 Opportunities in agritourism for South Dakota farmers and ranchers were shared at the Agritourism Workshop held Feb. 20-21 in Pierre.