David A. Thompson Endowed Chair of the Department of Dairy and Food Science Announced

The gift from David Thompson consists of a $2 million endowment and also includes an additional amount to begin impacting the program immediately.

“These types of endowments are rare and we are truly fortunate to receive this generous gift from David Thompson,” Killefer said. “This gift will provide a long-term boost to further grow our Dairy and Food Science programs and the impact they will have in the future for our students.”

Vikram Mistry, who has been a Dairy Science faculty member at SDSU since 1986, and professor and department head since 2002, will be the first holder of the chair.

“We are very grateful for Mr. Thompson’s generous support of our programs,” Mistry said. “He has already inspired us to excel. In addition, his support will have a lasting impact on lives of students and will help shape the dairy and food industry of the future.”

In addition to having an immediate impact on the department, the generous endowment will be used to both recruit and support those who serve in the Dairy and Food Science Department Head position in the future. The person holding this endowed chair will provide leadership to elevate all aspects of the land grant university mission, which includes education, research and extension, within the department.

Thompson grew up on a dairy farm near Milbank, S.D., and is a 1964 South Dakota State University dairy manufacturing graduate. During his time as a student, he served as student manager of the SDSU dairy plant for two years.

Following graduation, Thompson began a 31-year career with Abbott Laboratories. He started out in the Mitchell location making Similac infant formula. By 1974, he had become vice president of operations with the Ross Division of Abbott Laboratories.

In 1983, Thompson was named senior vice president of Abbott and president of the Abbott Diagnostic Division. During his 12 years of leadership, the division grew revenue from $180 million to more than $2 billion. Thompson helped guide the Diagnostic Division to become the largest and most profitable division in the company. One of Thompson’s greatest accomplishments was helping Abbott develop the first licensed test to detect HIV in blood in 1985.

“The education and practical plant experience I received at SDSU really prepared me for my first job at Abbott making Similac,” Thompson said. “SDSU is one of the few universities in the country that offers a dairy plant to give students hands-on experience. I’m privileged and excited to be able to give back and help the department to continue to improve by attracting the best people to run the department. I’m especially pleased that Dr. Mistry is the first to receive this honor as he has made many important positive changes to the department and is a great influence on his students.”

Following his retirement from Abbott in 1995, Thompson served on several public company boards and is currently the lead director for Exact Sciences Corp., which developed Cologuard, the first FDA-approved noninvasive test for colon cancer.

“I owe a lot of the success in my career to the education I received at SDSU and my experience at the SDSU dairy plant that truly gave me a leg up,” Thompson said. In 2017, Thompson was honored as an SDSU Distinguished Alumni in recognition of his outstanding professional contributions.

In addition to this transformational gift, he also provides scholarship support each year to the department. Further, he also made a generous personal gift towards the construction of the SDSU Davis Dairy Plant.

An investiture ceremony to formally recognize this generous endowment will be held in the spring.

With expertise in dairy production, dairy manufacturing and food science, the South Dakota State University Dairy and Food Science Department covers the entire spectrum of the dairy industry from farm to product. The department is housed in the renovated Alfred Dairy Science Hall, attached to the state-of-the-art Davis Dairy Plant. About a mile north of campus, the South Dakota State University dairy farm provides the source of milk for well-known SDSU ice cream and cheese products and is home to some 150 milking Holsteins and Brown Swiss cattle. The department boasts 100 percent job placement for graduates, offers more than $150,000 in scholarships to students and confers bachelors, masters and doctorate degrees. 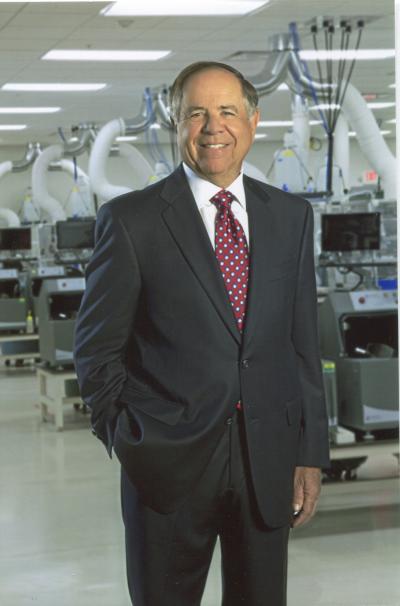