2018 Rangeland & Soils Days: Developing the Next Generation of Land Stewards

BROOKINGS, S.D. - Isaac Kolousek never paid much attention to the grasses his family's cattle were grazing when he checked cow/calf pairs with his dad, Scott. That is, until he began attending South Dakota Section of the Society for Range Management Rangeland and Soils Days two summers ago.

"It definitely changed my perspective. Now, I notice that this grass is different from that grass and this grass grows in May and this one starts growing in July," explains the 17-year-old Wessington Springs FFA member.

Introducing youth to rangeland and soils, while enhancing their knowledge of these precious natural resources found throughout our state, is the focus of the annual event held this year in Redfield, June 26-27, 2018 and co-hosted by SDSU Extension, Spink county Conservation District and the U.S. Department of Agriculture (USDA) Natural Resources Conservation Service (NRCS).

"We want to make South Dakota's youth aware of nature that is all around them. Too often, when youth learn about nature on TV or other media, it's focused on jungles and forests. We have a beautiful ecosystem and biome right here in South Dakota - the prairie is all around us," explained David Ollila, SDSU Extension Sheep Field Specialist, who is one of the event's organizers.

Ollila has seen the first-hand benefits of Rangeland and Soils Days for more than 30 years - first as an agriculture education instructor/FFA advisor and today, as one of the many professionals who help lead the hands-on training.

"Youth are developing skills today that they will use in their future. Any successful rancher or farmer has to understand the foundational principles of how soils work and livestock producers need to understand how rangeland works with soils. Even those who will not be involved in agriculture, will have opportunities for employment," Ollila explained. "And, for all the rest, who don't use this information in their future careers, I always told my students, 'you may not go into these areas, but those of us on the prairie need you to speak on our behalf.'"

One of Ollila's former students, Dawn Gardner can relate. She said it is because of Rangeland Days and 4-H and FFA rangeland judging that she chose the career that she did.

"Because of Rangeland Days I realized I really enjoyed plants and working with them, so I chose a degree that focused on plants," explains the South Dakota State University graduate who received a bachelor's degree in biology with an emphasis in botany and a master's in wildlife and fisheries sciences.

"I am identifying plants, many of which I learned at Rangeland Days, on a daily basis when we are in the field doing reclamation monitoring and baseline assessments for energy companies," she explained about her more-than-a-decade-career assessing reclamation of land to make it suitable for livestock grazing and wildlife habitat.

The prairie is the classroom

The curriculum utilized during Rangeland and Soils Days is age-appropriate and hands-on. "People of all ages are drawn to nature and this hands-on curriculum. We're out in the prairie using all our senses to explore soil and identify range plants - touch, taste, smell and feel. Seriously, we all get our hands dirty as we identify rangeland plants or rub damp soil through our fingers to determine its texture."

Hunter Eide agrees. The 16-year-old Gettysburg High School student says he enjoys being able to identify two similar looking range plants based on small differences. "It may be just a couple hairs or the seedhead - or the way it smells," said Eide, who puts the knowledge he has gained identifying plants when he's out in the prairie fixing fence with his grandpa or competing in rangeland judging contests.

In 2018, Eide was a member of the South Dakota team that won the National Range Judging competition held each year in Oklahoma City, Oklahoma. The national reserve champion team was Wessington Springs 4-H, also from South Dakota.

"I like the competitiveness of it. I find it interesting to learn about what these plants do and how important they are to rangeland and pasture management," Eide explained.

Since he won the national rangeland competition, during this year's Rangeland and Soils Days, Eide focused on expanding his knowledge of soils.

Eide and other youth learned about soil health, how to identify soils as well as how soil type, slope and other factors impact engineering and construction from Lance Howe, Project Leader, Soil Scientist with NRCS. Howe added the soils component to Rangeland Days 14 years ago because, as someone who spends his workweek focused on conducting and evaluating soil surveys for the federal government, he believes all South Dakotans need a basic understanding of soil health.

"Our soils are priceless. If we don't protect our soils, and understand how to manage our soils - we don't want to see what happened in the 30s happen again," Howe explained.

After spending several hours in the field learning about rangeland and soils, many youth spent a portion of the last day of Rangeland & Soils Days competing in a variety of contests. During the contests, youth test their newfound knowledge to determine the land's capability class which, in turn, allows them to make recommended conservation treatments using vegetative and mechanical erosion controls.

There is also a homesite portion of the contest where youth assess a building location for potential issues that would occur when developing a homesite.

Student displays
In this division, youth entered a tabletop display on any range-related topic. Those youth recognized include the following:

To learn more about the 2019 South Dakota Section of the Society for Range Management Rangeland and Soils Days, which will be held in Redfield, contact Ollila by email. 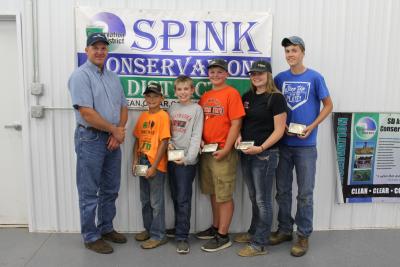 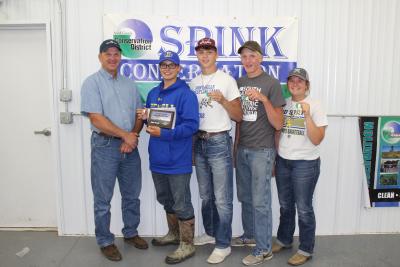 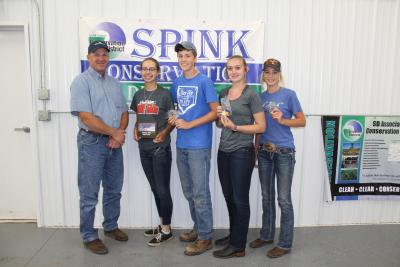 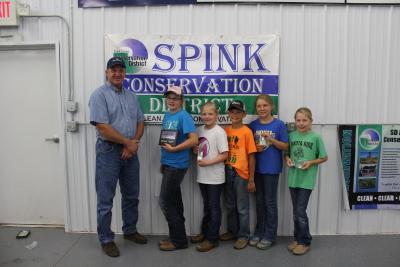 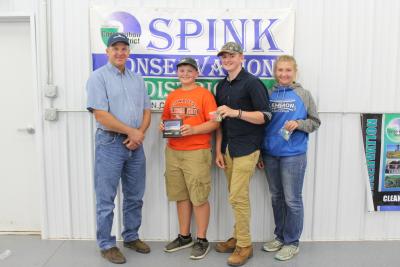 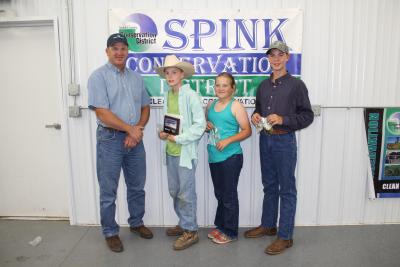 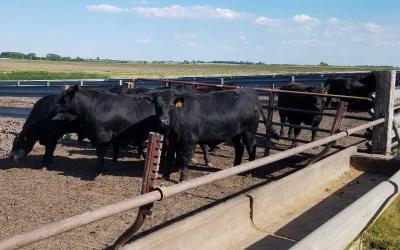 SDSU Extension will commence its seven-week virtual feedlot shortcourse starting on July 16. The program is scheduled to run each Thursday at 12:30 p.m. CDT from July 16 through August 27. 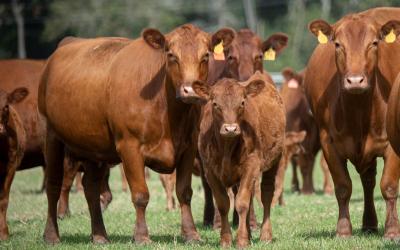 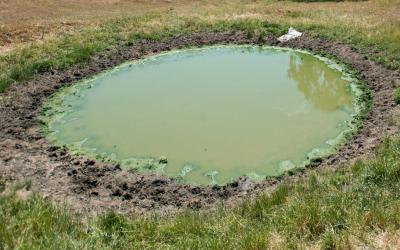