As floodwaters rise again in parts of South Dakota, spring planting seems to feel further and further away. One crop that is often overlooked in the hustle and bustle of the approaching planting season is alfalfa.

One benefit of early flooding is that alfalfa plants are still dormant, making the stand more resilient to flood waters (due to slower physiological process in dormancy) versus late spring flooding when plants are up. However, as temperatures rise and plants make their way out of dormancy flooding may cause more damage.

Typically, dormant alfalfa stands can live about 7-10 days submerged in water. If water is standing stagnant, it is likely more harmful than flowing water, which contains more oxygen. In addition, alfalfa fields may survive up to 2-3 inches of silt deposits, but more than this will typically require re-grading and re-establishment. Well-established stands have a higher probability of survival as compared to newly seeded alfalfa.

What to do After the Water Recedes

In young stands (1-2 years), over-seeding with other warm season crops (like clover or various grasses) in the spring may be successful but watch for any herbicide issues due to floodwater movement or previous applications. Many farmers may wish to terminate thin-standing, surviving alfalfa and quickly re-seed with alfalfa. However, studies show various rotation interval recommendations for reseeding alfalfa stands, and the safest approach may be to plant annual forages for the season, and attempt to re-plant alfalfa the following spring; this allows time to reduce autotoxicity as well as soil-borne diseases and other pest issues. Some studies show that heavier textured soils can show alfalfa autotoxicity for up to 2 years.

In established stands, replanting in large, dead areas may be tempting if the entire previous alfalfa stand in the location has completely died. However, as previously stated, re-seeding alfalfa or over-seeding into existing stands is not typically highly effective due to autotoxicity and pest problems. A good alternative could be drilling over poor stands with other warm season annuals to create a forage mix for the season. For more general information on how to evaluate alfalfa stands and re-seeding options, see the Assessing Alfalfa Stands article by Dr. Undersander of UW Extension.

When floodwaters recede, ensure that alfalfa fields have sufficiently dried before any field operations take place. Should you enter the field while it is saturated, further damage to alfalfa crown roots may take place, causing further yield loss and soil compaction.

There is no simple answer to dealing with flooded stands. By using careful observation and proper management, farmers will most likely be able to salvage some sort of forage crop for the coming year. 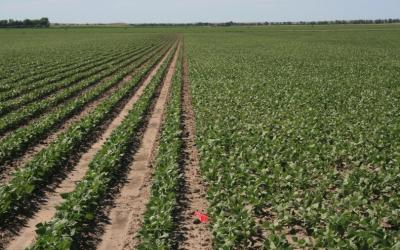 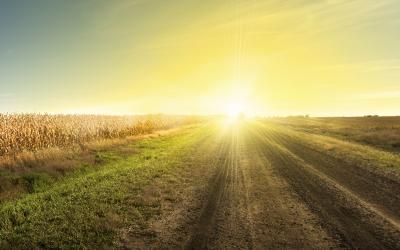 The South Dakota Pest Management guides are now available for free. The guides offer recommendations for controlling weeds, insects, and diseases in a variety of South Dakota crops.